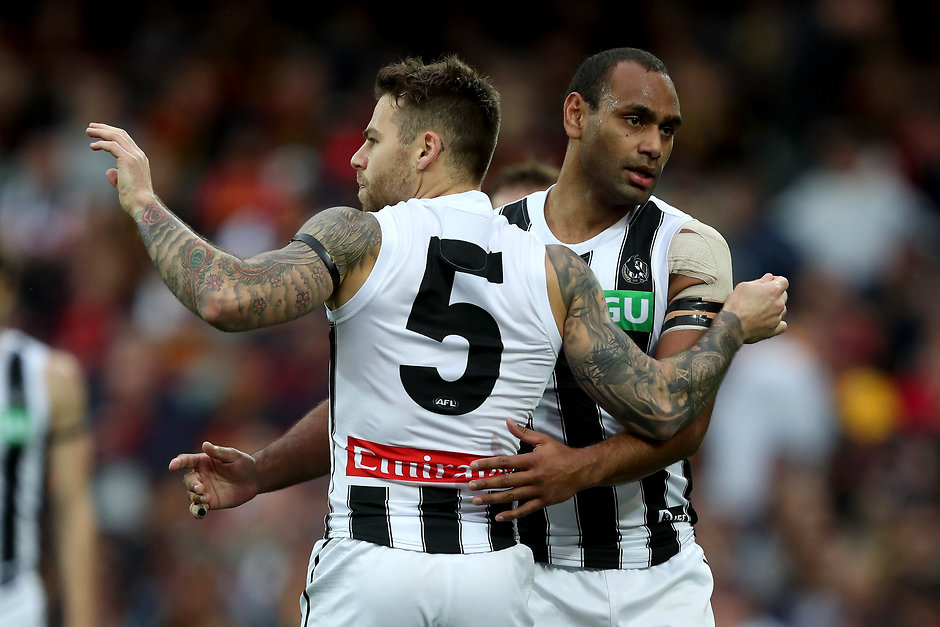 COLLINGWOOD is back in the top four after smashing Adelaide by 66 points and leaving the Crows' finals chances on life support.

The Magpies turned on the after-burners in the third quarter with six unanswered goals in 22 minutes on their way to a dominant 17.12 (114) to 6.12 (48) victory at Adelaide Oval on Saturday.

The game was up for grabs at half time with the Magpies leading by 17 points before they gained control of the midfield through Adam Treloar and captain Scott Pendlebury to give their versatile attack avenues to score.