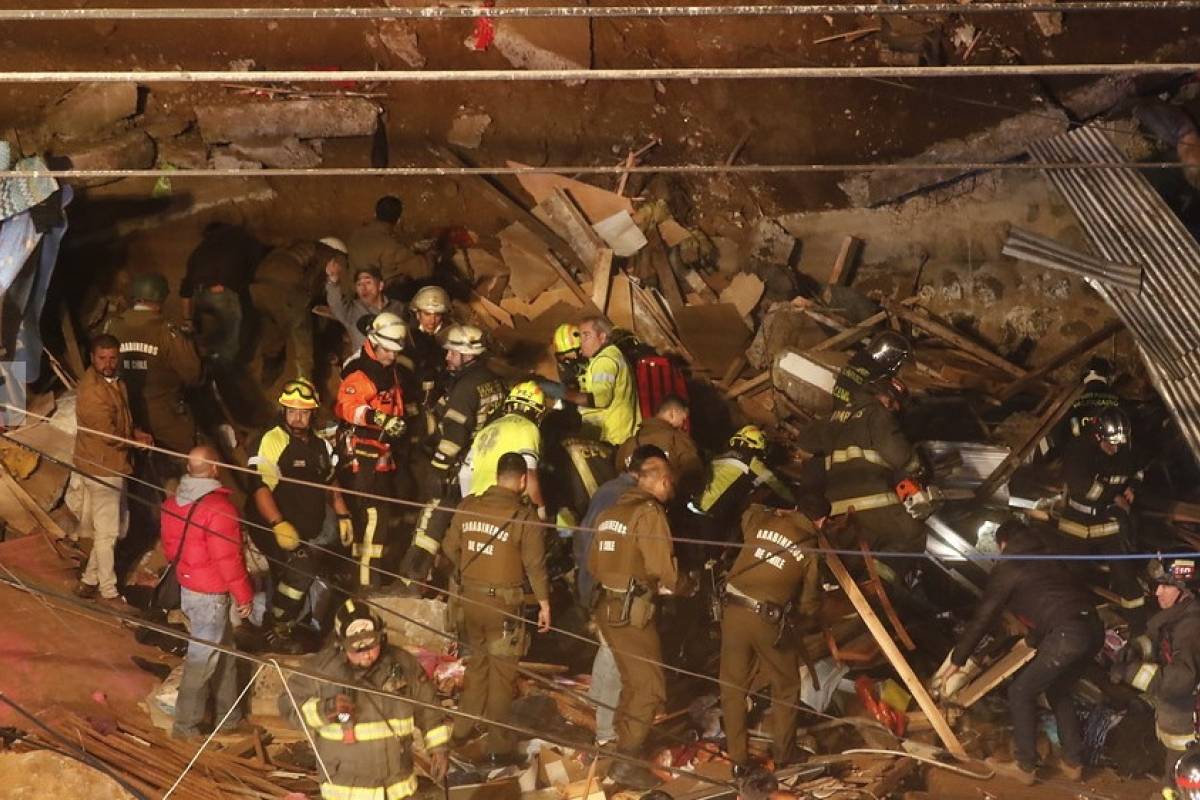 The Carabineros de Chile has confirmed the death of three people while two children were injured tonight following the demolition of a three-storey building in Valparaíso.

"At 19:55 in the morning, Carabineros was constituted at the intersection of Huito and Aldunate Streets, where a house located on a hill was demolished for investigative reasons," said the security department's communications department

The children, boy and girl, were taken to Carlos Van Buren Hospital and are not without vital risk.

Witnesses reported that "great noise" was heard and immediately neighbors tried to take the first rescue action. Then the area was surrounded by police.

City Mayor Jorge Sharp has told reporters that the priority is to enable the rescue of possible surviving firefighters. "We have no indication that there was a warning on that house."

Rodrigo Romo, the first commander of the Valparaíso Fire Department, informed that he would use specialized rescue dogs, so they seek silence from these members to facilitate rescue.

? In these moments Intendant @jmartinezvalpo Coordinates fieldwork with all emergency teams working on Huito Street with Aldunate, Valparaíso, following the demise of two-story house two. pic.twitter.com/Vsvr837Cid