How did Egypt lose $ 9.8 billion in foreign investment in 7 months? 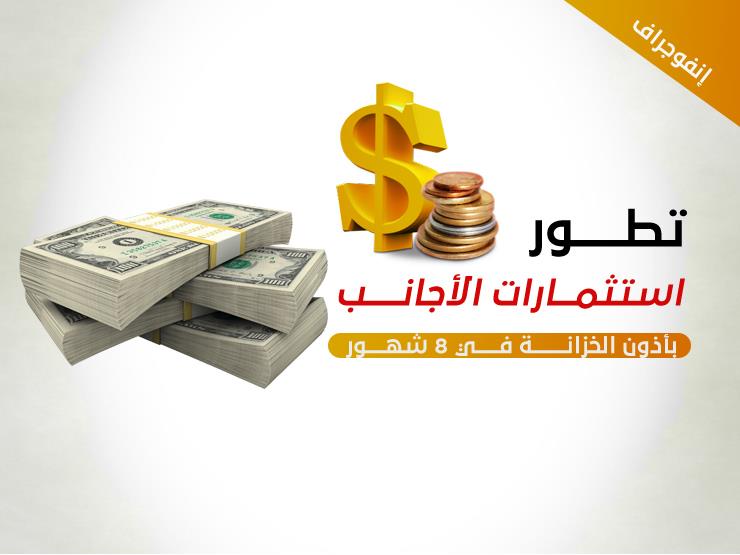 Central bank data show that T-bills lost $ 9.8 billion in foreign investment in seven months from the beginning of April to the end of October.

These investments fell only in October to about $ 1.4 billion, continuing their decline for the seventh consecutive month.

Investments of public banks in treasury bills rose by 7 months to 53.4 billion LE and reached 386.3 billion pounds at the end of October, compared with 333 billion pounds in late March.

In emerging markets, the wave of foreigners' emergence from investment in debt instruments has been hit, starting in April last year, while the US dollar has slowed and grew fear of the economies of these markets, especially after the crisis in Turkey and Argentina.

"The crisis that hit developing markets and which has led foreign investors to extract investments was repression of the government," Finance Minister Mohammed Mait said in an interview with Bloomberg Television.

He said the crisis and rising interest rates and oil globally and the emergence of liquidity from the Egyptian market shocked the Egyptian economy and the public budget.

"However, I think that what we were doing during the current year was good because we managed to overcome all this and skip and finish our goals," the finance minister said.

"I think the Egyptian economy has managed to deal with all of this headache and what happened with emerging markets," he said.

Some of these markets have had a tendency to raise interest rates after experiencing crises in relation to their economies in line with this exit. Argentina has increased key interest rates from 45% to 60%, and Turkey from 17.75% to 24%.

While the Central Bank of Egypt set the interest rate for the fifth time in a row at a meeting of the Monetary Policy Committee on November 15 last year, with 16.75% for the deposit and 17.75% for lending.

In the recent period, yields on treasury bills in Egypt vary from 19% to 20%.

The following illustration shows how foreign investments in treasury emissions have developed over the past months. Previous Tech stocks soar 3%, but Facebook lags behind
Next Atlético, Porto and Dortmund have made some progress. Liverpool lost to PSG – Sport.cz