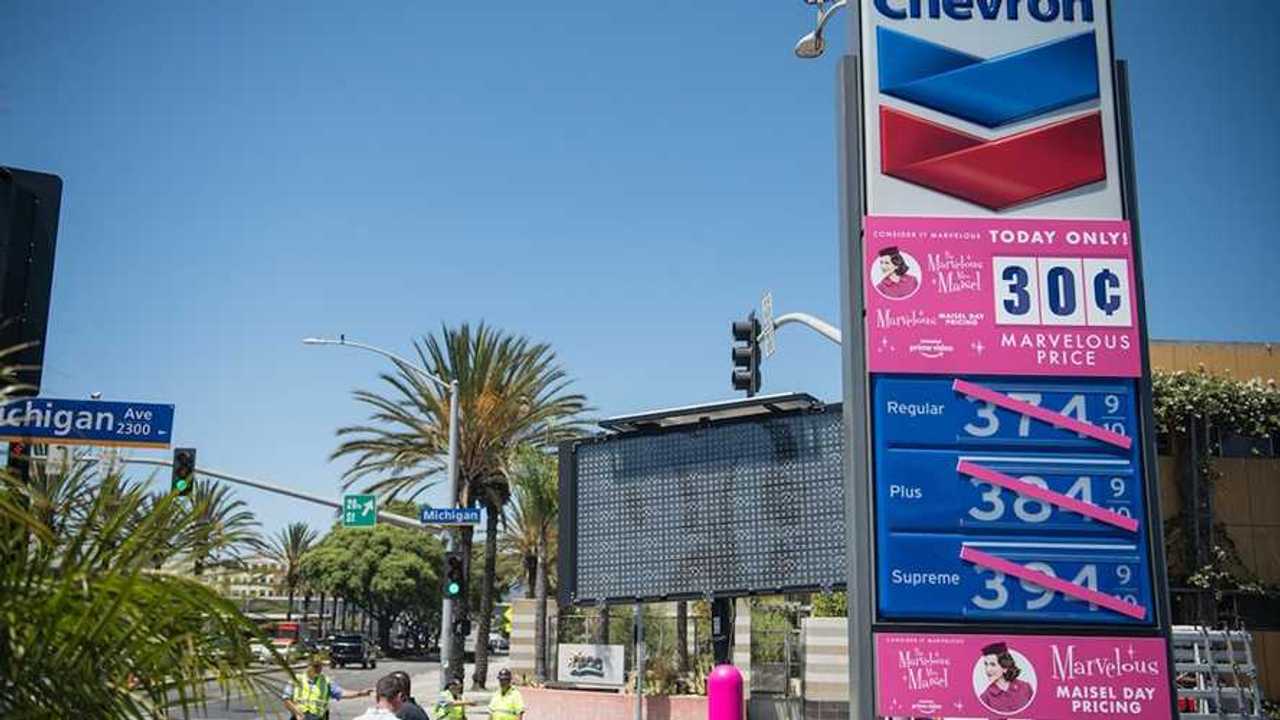 What's the next best thing to free? Something that's pretty darn close to it. In this case, 30 gallons of gasoline for just 30 cents per gallon; so it might as well be free. A lot of people thought so, too, and Amazon's recent tie up with Chevron in Santa Monica to promote "The Marvelous Mrs. Maisel " was so popular that the police had no choice but to shut it down.

California happens to have some of the highest fuel prices in the United States, with an average of about $ 4 per gallon. Chevron's price for a regular gallon of fuel hover around the $ 3.7 mark, but the promise of a killer deal and other promotions had people flocking to the only Chevron gas station in Santa Monica to fill up their vehicles. Part of a "Maisel Day" set of one-day promotions across the Los Angeles area, as many as thirty businesses were draped in pink and offering incredibly high discounts on a variety of products, including sandwiches, desserts, and milkshake combo meals for as little as a dollar.

How bad did it get? For an area that is notorious for traffic, vehicles came to a complete stop on Interstate 10 and Cloverfield Avenue according to the The Los Angeles Times, prompting shelves to end the promotion at 1pm on Thursday, four hours before the 5pm deadline. It didn't help that while police officers were already on scene as early as the morning to help direct the predicted influx of vehicles, the promotion would run all the way into rush hour, affecting traffic conditions so badly that fire concerns were an issue . The promotion resumed again after some time, with Amazon imposing limits on the number of cars that could fill up.

While the 1950's marketing stunt was no doubt incredibly successful, those who had endured several hours in gridlock could care less. At least those who filled up and got some good deals had a taste of 1950's pricing. Can't say the same about traffic.

Previous Apple will invest a lot in the US, according to Trump
Next Ray Tracing, Nvidia says it's crazy to buy a GPU without