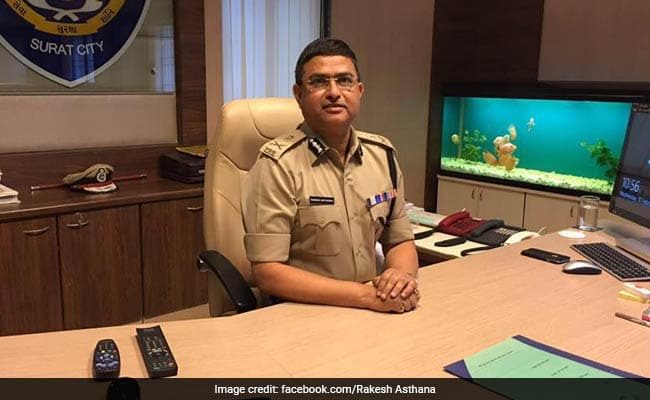 Judge Najmi Waziri asked Verma on Thursday to go to the office of the Central Intelligence Committee after his defense attorney said there were allegations against him in the petition of Astana.

He also allowed Sharma to go to the CVC office on Friday for a file scan.

The court extended the order ordering the CBI to maintain its status quo in the proceedings against Astana by December 7th.

The court heard separate reasons from Astana, Kumar and the mediator of Manoj Prasad who wanted to put them against them.

At the previous hearing, defense counsel Sharma said he had incriminating evidence against Astana and would put him in court in a sealed lid. The court asked him to submit it to the CBI. The probe agency will then transfer the documents to the court.

On October 23, the High Court ordered the CBI to maintain the status quo in the proceedings against Astana. This was further extended from 29 October to 1 November.

On November 1, the interim order is extended until November 14, and then November 28th. The October 23 order made it clear that the agency will not take any steps against Astana.

And on November 1, the CBI and Astana opposed the appeal of the additional police chief S.S. Gurma, who was transferred from Delhi to Jabalpur after the conflict between Verma and Astana.

CBI, responding to the appeals of Astana and DSP Devender Kumar, said the allegations against them and others show cognitive offenses. Kumar is currently bail out.

CBI responded in response to a notice posted on petitions submitted by Astana and Kumar.

The agency said it was "handicapped" in its investigation against them, as case files and documents were sent to the CVC for monitoring after the Supreme Court's order, which supervised the body to investigate Verma.

Kumar, a former investigative officer in a case involving meat exporter Moin Qureshi, was arrested on charges of counterfeiting while recording a statement by businessman Sathish Babu Sana, who was allegedly paying bribes to get relief in the case.