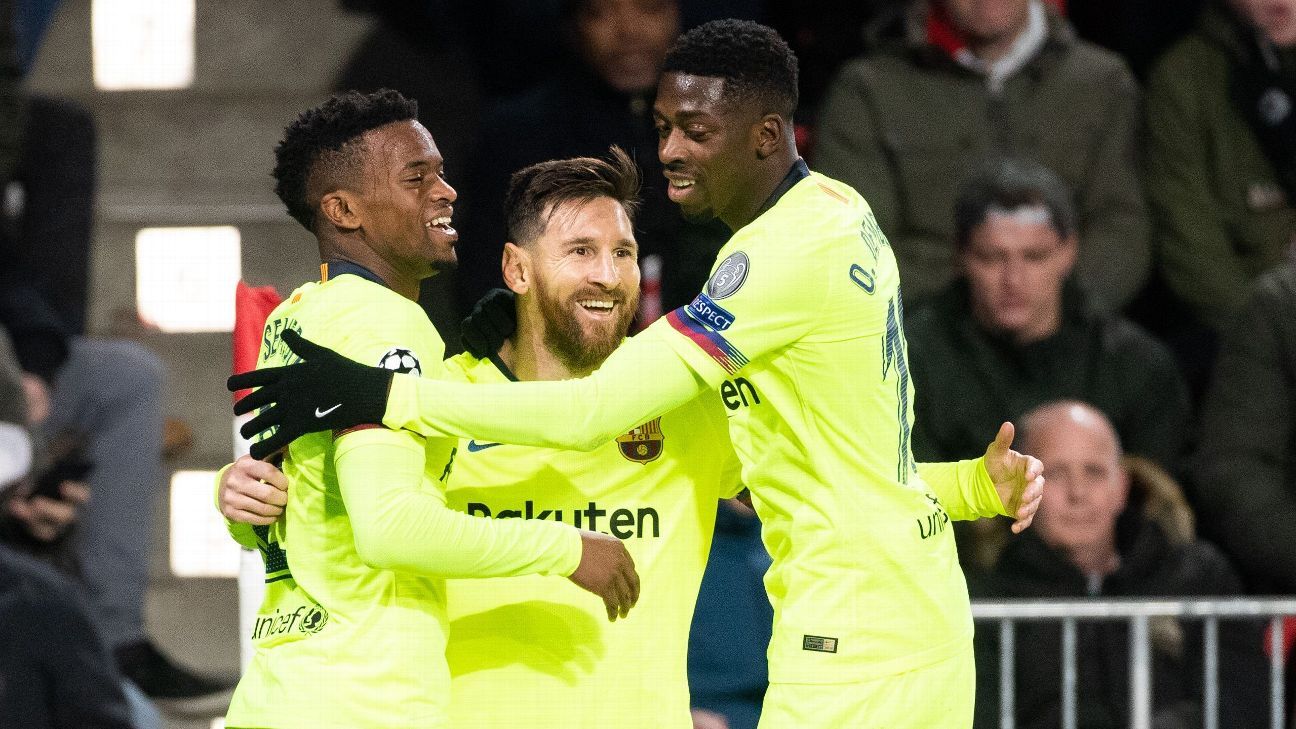 Lionel Messi scored an excellent individual goal and placed another one, as Barcelona beat PSV Eindhoven 2-1, which won the first place in Group B of the Champions League on Wednesday.

Messi has assisted defender Gerard Pique to gain another advantage for the Champions in the league, who have 13 points from their five matches and undisputed lead.

Messi's goal was his 106th UCL career with Barcelona, ​​who moved Cristiano Ronaldo 105 to Real Madrid, the most in a club.

PSV will in the meantime finish the bottom, captain Luuk de Jong achieved a serious consolation, as they were compared to Barcelona in the majority of the competition at Philips Stadium, three times in the first half of last year, but missed a number of other chances.

On a bright start, PSV forward Gaston Pereiro climbed to poor passage from Ivan Rakitic, but his low ride came back from work, and a few minutes later he fired over a ridge nearby.

PSV had some luck, after Barca left the line twice a minute, Arturo Vidal was an unlucky player in both cases.

His relationship with 12 meters was defeated by Pablo Rosario, before Angelino blocked the goal in the last step.

Barcelona thanked her lucky stars immediately before half-time, when De Jong shot from the free kick and then Denzel Dumfries hit the post.

Visitors took the lead immediately over an hour thanks to the typical messy messy piece, when he picked up the ball on the edge of the box and, with four defenders around him, managed to advance and provide a lightning finish.

It was 2-0 with 20 minutes left when the free kick of Argentina in the PSV net led an unmarked Pique.

De Jong made a frenetic finish with his main goal, but Barcelona was under great pressure from home.