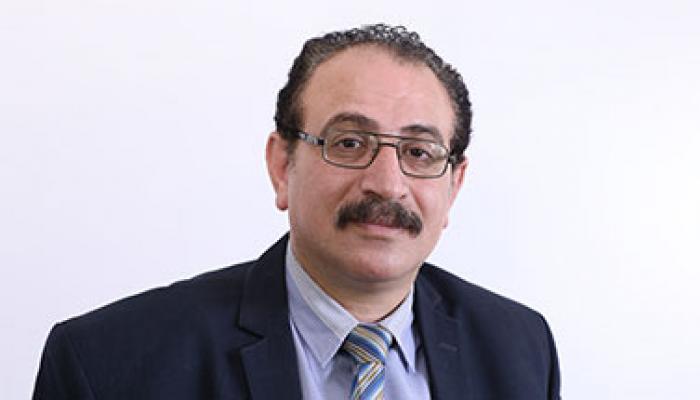 It is necessary to consider the tour of Prince Mohammed bin Salman, which included several Arab countries, including the United Arab Emirates, Bahrain and Egypt, as an important tour in times of great importance for Prince Mohammad bin Salman and Saudi Arabia, and in light of the Saudi plan to undermine his decision And current policies that require full Arab prudence and support in addressing the threats currently underway by Saudi Arabia and other countries in the region through ongoing international interventions in order to obtain political and economic concessions from the main countries in the region. To gain profit within the game, regional and international policies that can work for the benefit of some international powers at the expense of other countries.

There remains a message that the Western world needs to understand that the Arab countries – and in the very heart of it – Saudi Arabia – remain an excellent center for the Arab, Islamic and cultural world. This is what other countries in the region need to understand, and especially the instability of Arab countries, which strives for destabilization. To remain unstable or secure.

Firstly, it is clear that there is a large international plan that is currently being designed to change the political and strategic budget of the great powers and their allies in the region, which suggests that these calculations and assessments serve the political framework and the main interests of those countries that still want to marginalize the audience of the Arab conflict but to stand before its response to an attempt to penetrate or prevent and build real, solid positions in view of interests of interest at the expense of Arab national security and replaces it with security in the Middle East and an alternative system based on the exact calculations of another Middle East-based on the RK industry. Establishing a genuine solution in Yemen, a marginalized Iranian interference in it, and in Arab countries, either in Syria, Iraq, Lebanon and in the Gaza Strip. Gaza, and then a deliberate Arab-Arab move, which begins with the coordination of the Saudi-emirate-Egyptian and restoration of the Arab regional system, as well as the desire to revive the institutions of joint Arab action, confirming the Arab world and its major central states have the real ability to oppose What is planned and focused on the development of new scenarios throughout the region, and therefore the movement of Saudi Arabia, the United Arab Emirates and Egypt is blocking the realization of those schemes that are being placed in foreign circles that it is necessary to do political swindles in the region and that the countries of the region pay its political and strategic alliance, the Principle that fights the US President and the major team in its administration, and applies to all allies in Europe and Asia, evidence of major disagreement within NATO, and the ongoing crisis between Paris and Washington on the idea of ​​implementing the European Army , expand NATO missions and work to form an alliance.

Secondly, the United States is working on the formation and formation of the Arab-American alliance, a proposal that was presented a few months ago, and is expected to begin a series of meetings early next year with the start of a new congress of its sessions, which suggests that we will have a positive and important development within the alliance of the Arab countries, which believe that countries such as Saudi Arabia, the United Arab Emirates and Egypt are important within the current US strategy and planned, and therefore the focus on these countries is pushing US President Trump to emphasize the specificity of relations with Saudi Arabia and support in the context Despite the fact that she took internal measures capable of dealing with the Saudi critic who received an international response and Arab interaction is astounding, regardless of some international attitudes that are undecided and incomprehensible in the nature of official affairs, and deal with the logic of direct, without waiting on what will result in American admi Nutrition and US President Trump will oppose criticism of Saudi Arabia's criticism from US decision-making institutions, including the US intelligence service that is hostile to the US president, despite the fact that he has international repercussions for the T series of Incorrect Arerhos on Iraqi possession of weapons of mass destruction , and Al-Qaeda reports on September 11th, and since recently in the case of Russia's breakthrough in the US presidential election, brought by the US president's White House.

Third, the leading leaders in the region, who have different visions and political visions and strategies, will continue to attract and follow from the American circles in particular, and especially to Europe, especially that what follows the political in the external media points to careful monitoring of what these leaders are planning, Bin Salman change the current reality and explore the future as evidence of what has been presented and formulated in the foreseeable future, which is a dramatic change in the shape and content of the entire region, where these leaders speak of the future with atypical vision and through deliberate plans for years. As a result of the Turkish ambitions for Arab resources and attempts to control the area of ​​Arab contact. It may have been trying to exploit and exploit what happened to Saudi Arabia. It has recently demonstrated evidence of this trend of reform, largely investing in it, and in the state of predicting and rearranging the calculations, interests and aspirations of Iran in the Arabian Gulf, therefore, the vision of interests and the utilitarian powers of regional powers can not be excluded. Israel is in the same boat, and at the same level of unilateral estimates, which comes at the expense of Arab national security directed at the regional and international levels, both countries of the region and beyond, which should be calculated for its consequences in the light of the new changes that the leaders in the region are continuing to work on it, the Arab conflict in relation to what is planned on the outside, and aims to prejudice the established Arab data.

The fourth, Arabian tour of Prince Mohammed bin Salman, including the 20th summit in Argentina, emphasizes that the world should watch Saudi Arabia as a great country and an undisputed cultural, political and Islamic center. Therefore, any stability on world oil markets will not take place under any circumstances. Stability in Saudi Arabia and the main goal of the United States and major countries in maintaining the balance in oil prices and matching the supply and demand for achieving international stability and supporting the economies of the great powers. the team and business with Saudi Arabia, are politically and economically large, can not be overcome In the coming period, regardless of the desperate attempts to export the crisis to Saudi Arabia, international public opinion believes that the situation in the region in general and especially in Saudi Arabia is unstable and calls for revision, although those who promote these visions are well aware that large Arab countries in the region are also working to maintain stability in the region, but trying to find real alignment in files from Syria, Libya and Yemen, and that regional parties feed the intensity of confrontation and trying to get into some Arabian land pits of inflammation as a real goal or to disassemble the Arab world for fragile entities And what happens in the Kurdish dossier, what happened in northern Iraq, in the Arabian south, in Libya and in Syria, confirms this current trend that is still present and spread in the Arab sphere in a striking and direct way. .

Fifth, the stability of the Arab Gulf is stability for the entire region as the cornerstone of the Arab regional system, which considers Saudi Arabia and the United Arab Emirates a necessary and urgent political and strategic dimension. To be the right starting point for the reconstruction of Arab capacities and standing before what is planned for the region, as well as the policies, measures and scenarios that should be alert and followed by Arab vigilance, and perhaps recognized by the leaders of the impressive countries in the region, which has all the ingredients to lead the Arab world to a reorientation of the economic resources of the Arab interest primarily, with the work on the development of Arabic capabilities in all areas, and that is what should be at the forefront of the Arab challenge.

The very beginning is in determining the Arab demands of the world, and this world is not just an American administration that deals with a clear logic based on cost and cost and return, which also leads us to emphasize the need to open up to major countries of the world such as China, Russia, France and Germany, in addition to correcting the paths and trends of relationship A, the potential of Arab countries to realize Arab interests first and foremost is that which the main countries must understand, especially as the great Arab foundations affect us as young countries and leaders qualified to achieve this, and perhaps the world is represented in the Group of 20, who will attend the summit of Argentina, will be prince Mohammed bin Salman from the logic of being a representative of a large and stable state and plays a fundamental role in the whole region, not only in the Arabian Gulf. There remains a message that the Western world must understand that the Arab countries – – will remain an excellent center for the Arab, Islamic and cultural world, which should understand the dimensions of other countries in the region, especially the instability of Arab countries, who are trying to destabilize it and want to undermine it and they want to stay unstable or safe. Designed for stability, and try to present it in a circle of emptiness.

Previous Now is the best time to treat veins and capillaries!
Next Enjoy, do not just spend it! Also, with prostate cancer