Teachers are not withdrawing: Petrauskiene will be in the ministry all day 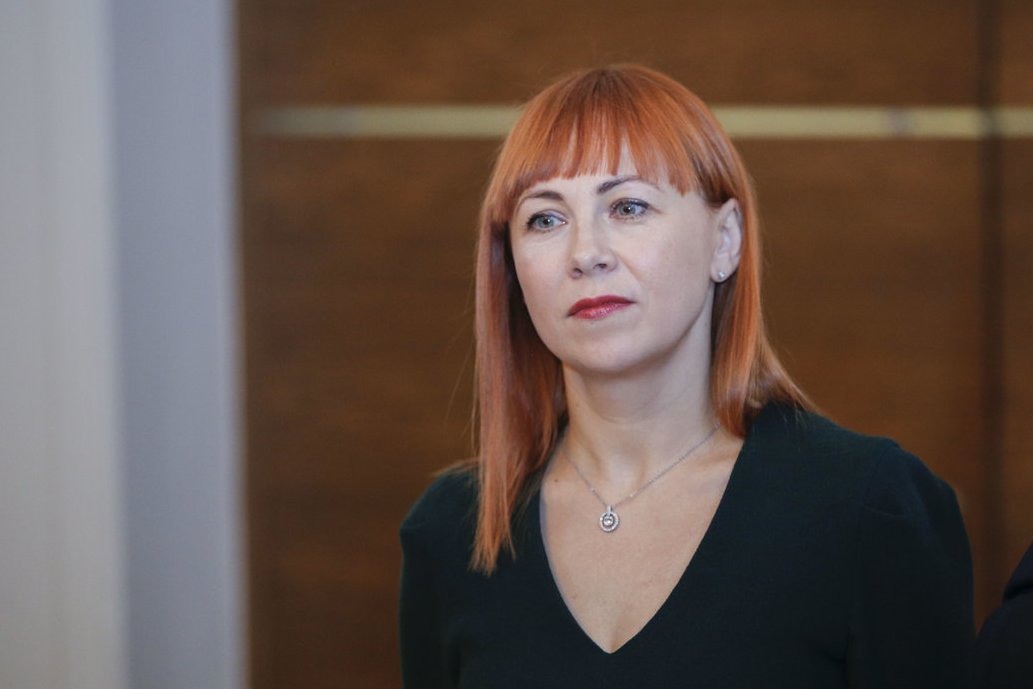 Approximately three dozen teachers left Wednesday in the Ministry of Education and Science (MES) without real talks with the minister.

"We are waiting, maybe the minister will return," said Erika Leiputė-Stundžienė, vice president of the Lithuanian Union for Educational Workers, Wednesday night.

According to her, about three tenths of teachers remained in the ministry. They gather in the College Hall.

After several hours of work, several employees in the ministry remained in the building, said Nomeda Barauskienė, a representative of the SMM.

According to E. Leiputė-Stundžienė, the Minister organized the next day, asked the teachers, and went again.

About 22 o'clock Several students brought teachers, sleeping bags, pillows, teas and snacks at the Elektrėnai Ministry building. The teachers confirmed the remaining construction of the MES until an agreement is reached.

"We do not have another exit, we want children to go to school, we want to work and we think that we need to take extreme measures," said Elvyra from Lithuanian teacher Elvynai, in late late hours on the television "Lietuvos rytas".

The Lithuanian Trade Union Education Union, which began an endless pedagogical strike, is seeking negotiations with the Minister of Education and Science, Jurgita Petrauskiena.

The union criticizes the ministry's proposals for auditing the teacher's payment model that was introduced in September.

The ministry announced that the proposals were prepared last week by meeting union leaders of educational workers and other trade unions, but strike union leader Andrius Navickas accused the MES of failing to meet its demands.

The trade union demands, inter alia, an increase in teacher salaries or a reduction in hours. She also says that the teacher should be 36 hours a week, of which no more than 18 hours of contact.

The union claims that the position of teachers can be divided only by keeping the same proportion of contact hours and contactless hours, and hours per year must be calculated not for a year, but for a week.

Deputy Minister of Education and Science Grazydas Kazakevičius told reporters that decisions on trade union demands are possible only on Thursday, when ministers will hold talks with Navicas and other organizations representing teachers.

BNS news agencies are not permitted to reproduce information about mass media or websites without the written consent of UAB "BNS".