The statement of S. Jakelyunas surprised the Head of the Association of Banking Associations: Are you trying to create a panic on the market? | Business 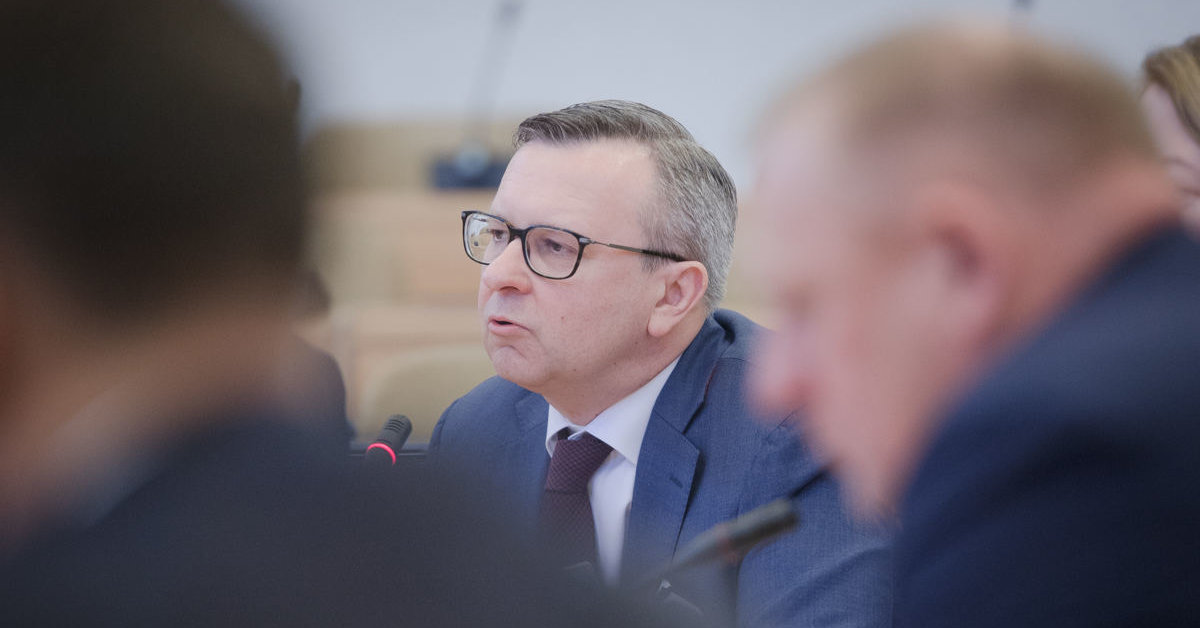 What message was sent to investors and how they tried to regulate the Lithuanian economy, to which companies and to whom should foreign capital be transferred? S.Jakeliūnas of the Lithuanian Union of Females and the Green Union faction and the chairman of the Association of Lithuanian Banks Mantas Zalatorius spoke about it on Wednesday in the LRT "Theme of the Day".

– Mr. S. Jakeliūnai, can you briefly describe the essence of your recommendation?

S.Jakeliūnas: Praistory is such that it is a 14-year-old statement, repeated in 2010 in a Swedish parliamentary study and repeated a year and a half ago here in Lithuania, the head of the central bank of Sweden. Nothing new here. In fact, banks, Swedish banks have also provoked a crisis in the Baltic states, did not take responsibility, acted irresponsibly and risky, were not adequately supervised in both Sweden and Lithuania. The purpose of the study is to reduce the risk in the future, with the need for a certain adjustment of the concentration of those very good and excellent domestic banks. That's the point.

"Today, the controversy has caused some of your other phrases, not the prehistory you are terrified of. I quote." In Lithuania and other Baltic countries there is too much concentration of Swedish capital banks, so one of the two banks operating in the country should be sold. There may be a recommendation that one of the Swedish banks can or should be sold in the country where the euro is, as a domestic currency, each strategic bank. Sweden will not join the eurozone, and due to the fact that the euro has no currency value for them, I still depend on the Swedish banking system and this is one of the risk factors. "Do not distort your words?

S.Jakeliūnas: It's exactly quoted. This is the essence of my story and I tried to justify why it was necessary.

– Mr. Zalator, how are you guilty of selling a Swedish bank?

M.Zalator: I have always respected Mr. S. Jakeliūnas for a truly wise policy. I respect it now, but such a statement, as reflected in the Lithuanian media and as it is now quoted, is contrary to the principles of free market and economy. First of all, a very unequivocal message is sent to the residents of Lithuania and foreign investors.

More interesting, in this context, when the Government of the Republic of Lithuania and Lithuania are trying to attract as many investors to the financial sector in Lithuania, the chairman of the budget and finance committee Seimas speaks with the following words. First of all, I would like to say that decisions on the purchase or sale of funds in the free economy and in a democratic society, as I believe in Lithuania, are taken by the owners or shareholders of this business, regardless of what it is – our apartment, car or bank. And just so, we did not say a similar attitude.

A similar position was also expressed by the Bank of Lithuania, which was supposed to be discussed. Mr Saulius Skvernelis, Prime Minister of Lithuania, and even Mr Ramūnas Karbauskis (in the comments – LRT.lt) read a very similar position. I just wanted to ask that, maybe Mr. Jakeliūnas had changed that position now?

S.Jakeliūnas: Democracy is not just business, business purchasing, sales, but also discussion, opinions. This is my personal opinion. I tried to justify this briefly, but you can talk here for a long time and maybe there are opportunities. This can be done in one form or another, but there is a risk because Sweden does not intend to be in the euro zone, and we have already joined the eurozone, we are banking supervisors, partners for managing financial risk in banks. Swedish banks borrowed in international markets in a short period of time in euros and bought them for subsidiary banks. When they were scared, they took away credit resources, the crisis broke out. This is a major factor in the crisis. This can not be repeated.

– Mr Jakeleūnas did not change his mind. 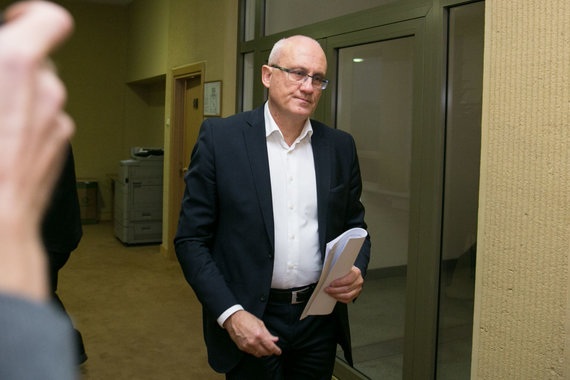 – But, Mr. S. Jakeliūnai, you did not make a private person in Seimas today, but as chairman of the Seimas Budget and Finance Committee. Of course, you can have your own opinion and nobody questions your rights. I did not give it, and you guarantee it to the Constitution. But do you know what your group leader is today, R. Karbauskis said? He said that "the statement by S.Jakeliunas means nothing." Do not you mind that these people – the Prime Minister, representatives of the Bank of Lithuania, Mr. R. Karbauskis – say that these speeches of S.Jakeliunas mean nothing?

S.Jakeliūnas: Of course, that does not mean that somebody will be sold. We talked today with Karabauskis and S. Skvernelis, we talked about this and my position, I explained, and I have no questions. I have the right to have this (position is LRT.lt), I have the right to develop it, I have the right to speak with Swedish officials, and I will do it with the Baltic officials, with the central bank, supervisory bodies and parliamentary representatives. This is the beginning of the debate.

How it will end, when it is over and what will end, it's hard to say, but the lack of debate was one of the reasons for the crisis. Statements by Swedish officials that too small public debates about banks, their role in the economy and crises have also contributed to the crisis in the Baltic states. Practically I quote statements from February 2010.

M.Zalator: I have listened to Mr. Jakeliūna and I repeat that I respect you as a very wise politician, but I do not understand what type of discussion they are leading these words, because you are trying to panic on the market or scare new or existing investors? What is the purpose of this discussion? We can start and have a discussion that we often have in a civilized way within the same Budget and Finance Committee.

We can talk about the laws that are being adopted and where the attractiveness of the market is dropping later. I do not think it was an objective. Such a message is sent to investors who are now negotiating and wanting to come to the financial market … Today I received a few calls. One from Great Britain, where an investor asked: "What's up?" It had to be remembered. 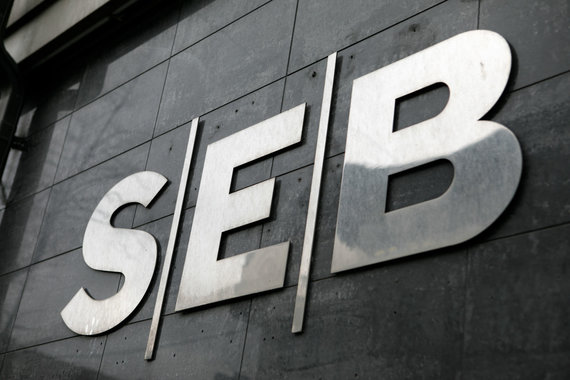 – Mr S. Jakeliūnai, our Prime Minister, our ministers are driving around the world in an effort to attract investment, and your language can scare those investments.

S.Jakeliūnas: Do you think investments from Austria, the Netherlands and Germany are bad investments? Banks' business is a special business, since it produces money, these are factories for the production of money. We need to be adequately supervised, properly regulated and, if there is too much risk in the financial sector in banks, there is a crisis. One of the factors I mentioned is a 14-year statement that excessive concentration can lead to threats and crises. It happened. Do we have to draw conclusions? Do not we need to signal that a discussion is needed, and solutions may be something that we will also consider? Why not? I'm for this and I think it's necessary.

– Is investment from America a good thing?

S.Jakeliūnas: Maybe something controversial, but I would say that a speculative fund that invests in a banking system can be a short-term investment, but in the long run, I think it would be good if the package owner is a strategic bank, a foreign bank or the best euro zone. That's my opinion, and I can justify it, develop it as much as I need.

S.Jakeliūnas: One thing is investing in shares, and another is investing in loans, as is the case with Sweden. I hope that in the case of the United States this is not and can not be, because it would be a rather risky step.

– Mr. Zalator, what do you think about investments, if we measure them in dollars, euros? Are those non-euro investments inferior to those in euros?

M.Zalator: I said once again that I did not have any doubts about the authority of Mr. S. Jakeliūnas, but the statements I hear now are wonderful for me. Answer me In the end, there were investments in other currencies. Look, the global financial system is a complex matter. It circulates more than one currency. There were different investments and there would be different investments. You mentioned a dollar. Large banks have a kilogram as a domestic currency. Other large, for example, Chinese banks have the yuan as their currency. 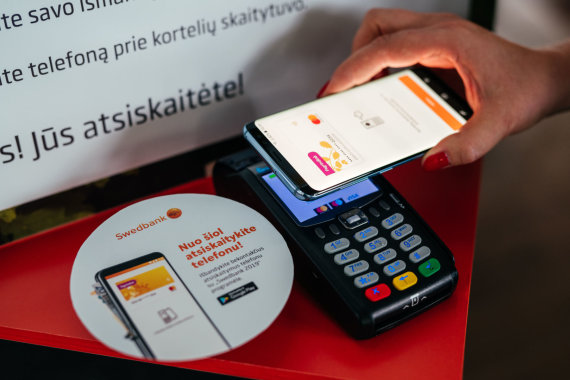 In the global financial market, there are so many currencies and is managed by these risk factors. We also had other banks, say Snoras, and we see what is over. It is very strange for me to hear that countries, such as Sweden, are a country whose banking tradition and practice worldwide is considered safe, especially well-capitalized, socially sensitive, responsible – (banking system – LRT.lt) demonizing by decision Sejm.

S.Jakeliūnas: Then I have to quote. Martin Andersen, head of the Swedish Financial Supervision Agency, said on February 2, 2010 that a debate was held in the Finance Committee of the Swedish Parliament: "The same mistakes were made in the Baltic countries as well as during the crisis in Sweden." He talks about Swedish banks. "It would be useful for Sweden if foreign banks take over a part of the credit market." It's about the Baltic countries. This is the statement of the most responsible official. Do you want to ignore and write this as yet another manifestation of incompetence? Then I was very suspicious about someone's jurisdiction.

M.Zalator: Mr. Yakeliūnai, you are talking about ten years of history. The situation is quite different at this time. Banks operating in Lithuania are Lithuania, their depositors or the capital structure of the Republic of Lithuania, the euro, Lithuania, their lenders or what banks are offering to the same Lithuanian citizens and companies. At this place everything is completely balanced.

– The most important are learning mistakes. Nobody disputes it. In the end, I would like to announce my private interests in Swedish banking in accordance with ethical standards. I have an account with one of the banks in Sweden, I have life insurance, I rent a car, and even accumulate a pension through one of the main banks in Sweden. I do not think there was anything interesting here, but that there would be no doubts and I would have a moral right to ask Mr. S. Jakeliūnas whether there is any interest as a public campaign against the Swedish bank of capital, bearing in mind that you tried to work in one of the banks of the Swedish bank, but unsuccessfully?

S.Jakeliūnas: I was hoping, but I did not expect such nonsense. My job is now much more interesting than working in any bank. I have been working for ten years now and I have managed finance that is very responsible in the largest insurance company with the most complex financial assets. I managed them during the Russian crisis, during the banking crisis of 1995-1996, and I know what it is. I am pleased that Gitanas Nauser does what he does, but, for example, in Sweden, it would be inconceivable that a bank economist will propose a presidency, taking responsibility.

– In other words, nothing personal?

S.Jakeliūnas: Absolutely nothing personal. Ask G.Nausendos. If it's serious to talk to you, I hope that he will confirm it.