Home / newzealand / Review: 'Once Upon a Time in Hollywood' is Tarantino at his peak 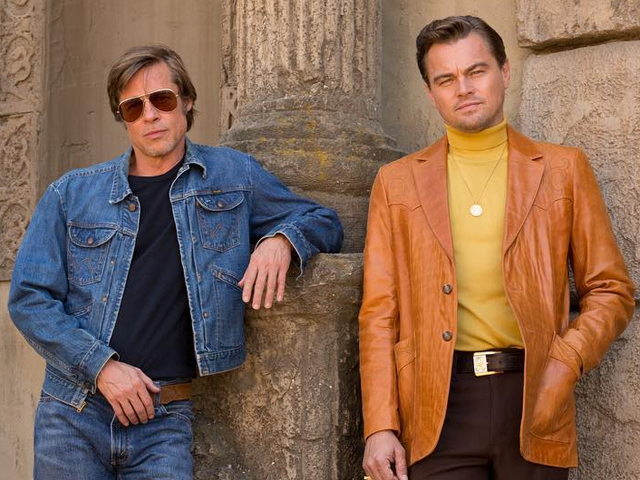 Brad Pitt, Leonardo DiCaprio-starrer grows on you like a great movie takes over an entire era of visual storytelling 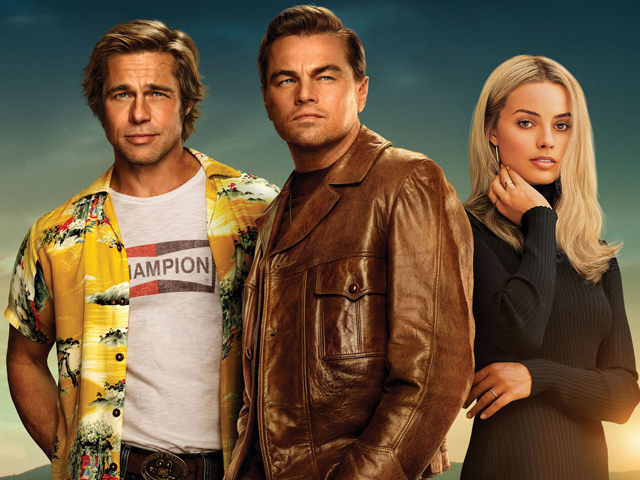 KARACHI: It all starts on a menacing note, in black and white. We are introduced to the protagonist of Once Upon A Time in Hollywood, actor Rick Dalton (Leonardo DiCaprio), through a commercial for a TV western he once starred in.

The first few minutes of the movie contain two fleeting clips of this fictitious TV series, which dates back to the late '50s and is titled Bounty Law. They provide audiences with a brief background to Dalton's career and a glimpse of Hollywood that preceded 1969, the year in which the movie is set.

There is, however, something about this footage that is hard to pin down. A deep sense of unease lingers throughout the second clip in particular, which features a cameo appearance by Michael Madsen.

Hard-boiled and nihilistic, it conjures a sense of impending doom. Quentin Tarantino uses the atmospherics of film noir and the pastiche of 'films within the film' to build suspense and create a sense of irony.

The murder of Sharon Tate and friends by the Manson Family constantly lurks at the back of the audience's imagination and shapes their expectations. The horrors of history have served as a potent backdrop in Tarantino's films, where the potential for unpredictability exceeds what is considered to be the norm in mainstream cinema.

Then there is the collective memory – the backlog – of traumatic scenes in his films: sodomy and sex-slaves who live in dungeons, inPulp Fiction; the shooting of the bride in the opening scene of Kill Bill Vol. 1; the annihilation of a family of Jews by Nazis in the opening act of Inglourious Basterds. Tarantino's skillfully exploits our awareness of how far things can go in his universe. 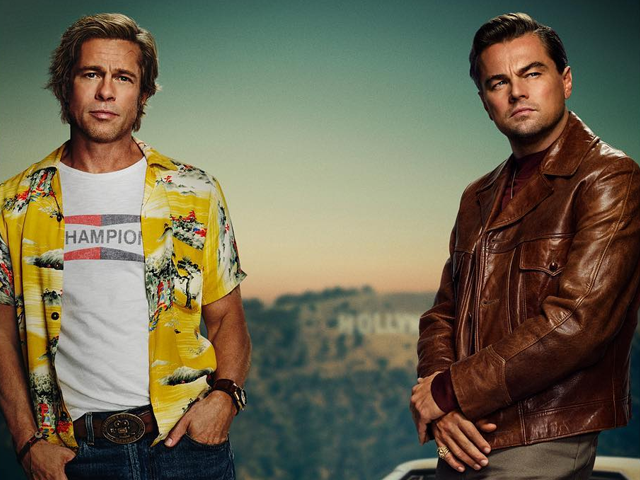 History and memory play an important role in Once Upon A Time in Hollywood. The emphasis on the western genre – the brutal landscape of Bounty Law in particular – is a nod to the history of Los Angeles, which, as a remote nineteenth century pueblo, had a reputation for lawlessness and debauchery. The director welcomes us to the Wild West that has retained its wildness over the ages, under varying facades. In the movie, the latest incarnation of this outlaw ethos is arguably the Manson Family. It is no coincidence, then, that the cult resides on the now dysfunctional Spahn Ranch, where Bounty Law and other westerns were filmed a decade earlier.

In one scene, the Manson girls, after having rummaged through a dumpster on a street in LA, walk past a giant mural of a cowboy who has taken his gloves off and is sitting in the front of a set that may very well be Spahn Ranch. Are the Manson girls driven by a sense of vigilante justice – their own version of 'bounty law' – embargo on a killing spree? 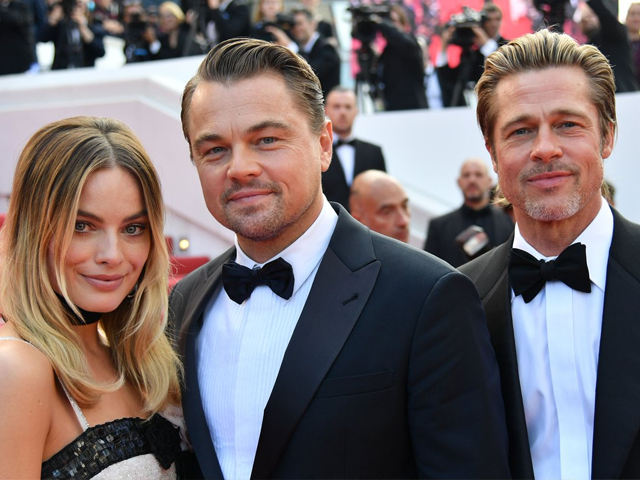 The idea that violence in film begets real-life violence has long been a point of contention between Tarantino and his detractors. In the film, he relegates this notion to the twisted mind of one of the more sadistic members of the Manson cult (aptly named Sadie), who attempts to give her murderous intentions a poetic tinge, with the mantra “Let's kill those who taught us how to kill ”. Her warped argument is that since she and her friends are going to kill someone anyway, why not target those who act out violence on TV?

The opening credits consist of an elaborate montage that begins with a close-up of a perfect smile – the kind that was characteristic of a more reserved era in visual media. As the camera zooms out, however, we see the wild eyes and the expression takes on a completely different significance.

This is an illustration of the crazed face of Dalton – a reflection of his current state of mind as a self-proclaimed "has-been". He has gone from being one generation's TV hero in the '50s, to another generation's TV villain in the' 60s. 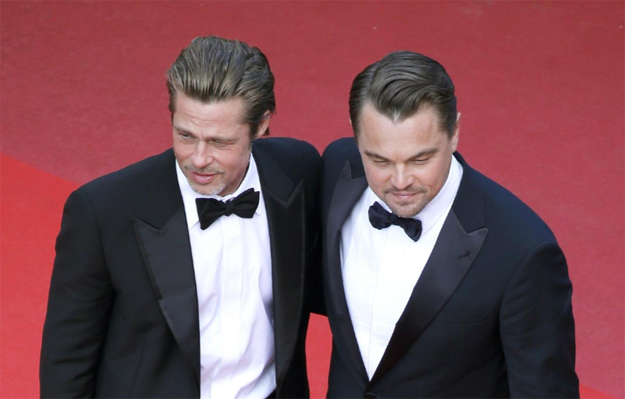 In Dalton, Tarantino creates a new kind of anti-hero. He is not the gruff loner from the "rogues' gallery" of spaghetti westerns, or the intellectually inclined "evil Hamlet". Instead, it is something of an emotional wreck and has a habit of bursting into tears when both sad and happy.

He is an alcoholic, has a tendency to forget his lines on set and stammers in real-life conversations that he may have rehearsed in his head. There is an undeniable wretchedness about him and at times we can't help but feel embarrassed for him. Yet despite all this, he grows on us during the course of the film and by the end, feels like a close friend.

There is a sequence in which the newly wed Dalton returns to Los Angeles after shooting spaghetti westerns in Rome, with an Italian wife in tow. It plays out as a B-movie alternative to an earlier sequence of Roman Polanski (Rafal Zawierucha) and Sharon Tate (Margot Robbie) arriving in the city. In 1969, Dalton may no longer fit the profile of what is desirable in a star. But what is more glaring than this is the fact that it does not fit into today's popular culture either. 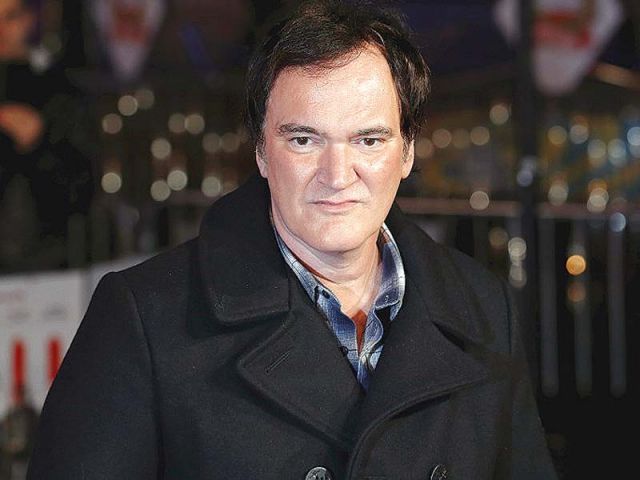 Tarantino's Western-American mystery will premiere in the US in late December. PHOTO: REUTERS

There is, however, a flipside to this. We notice that while Dalton views his career on cynical terms, all other characters in the film – from Tate to the Manson Family – have a completely different impression and see him as something of a household name.

Brad Pitt's Cliff Booth is Dalton's stunt double, best friend and driver, all rolled into one. He literally and metaphorically lives 'behind the scenes', in a trailer behind a drive-in theater, in a state of semi-squalor.

His persona as the movie's underdog is somewhat tainted by the shocking revelation that he may have killed his wife. In a brief flashback to the incident that may or may not have led to the act, the audience is made to sympathize with Booth. 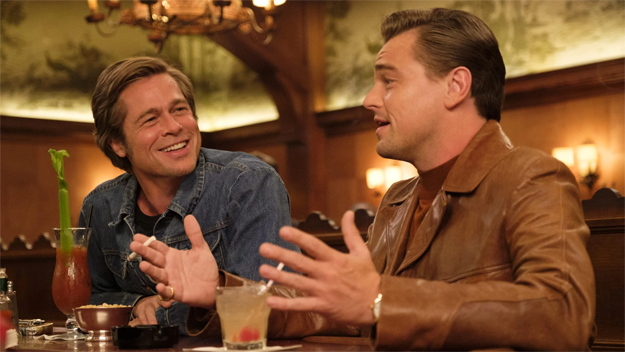 Tarantino ensures that we remain undecided about our final judgments of him. When he ogles at Manson Family member Pussycat (Margaret Qualley), Simon and Garfunkel's Mrs Robinson plays on the radio, hinting at a reversal of roles from The Graduate. Yet when Pussycat comes to him, he asks to see her ID, for proof of her age and when she fails to provide the same, politely turns her down.

The lack of a plot only adds to the film's eccentricity; the focus is on the characters going about their daily routines. Booth's long drive home from Dalton's house is measured by the progression of songs playing on the radio. In this case, time and distance are used to signify his place in the Hollywood hierarchy. While Dalton and Tate are neighbors in the Hollywood Hills, Booth and the Manson Family live on the fringes. 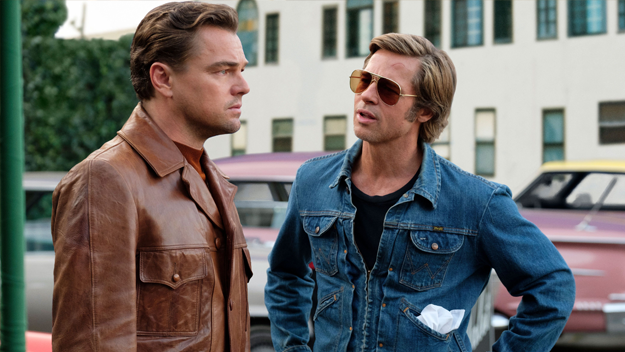 The home of George Spahn (Bruce Dern) – the owner of Spahn Ranch – is perched up on an elevation and is a reminiscent of Norman Bate's home in Alfred Hitchcock's Psycho. When Booth goes investigating, against the wishes of the Manson girls, we wonder if he will suffer the same fate as Detective Arbogast in Psycho. The fact that girls try to dissuade him from doing so only adds to the mystery. Like Bates, they are afraid of what he may discover. This is the closest movie to the horror genre.

When Polanski and Tate attend a party at the Playboy Mansion, Tarantino's song of choice for the dance floor sequence is the Buchanan Brothers 'Son of a Lovin' Man. The soundtrack and visuals help set the scene up as a sociological study of Hollywood society in 1969 and its inherent frivolities. 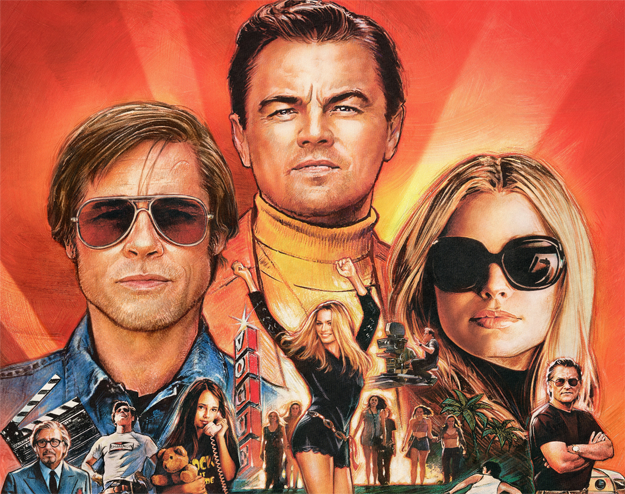 Against this backdrop, Steve McQueen (Damian Lewis) narrates to a gossip friend about how Tate broke off her engagement with celebrity hairstylist Jay Sebring (Emile Hirsch) and married Polanski. We sense a degree of jealousy on the part of McQueen, who, it seems, longs to see the “Polish prince” fall from grace.

Even the smallest of details serve a functional purpose. In a bird's-eye-view shot of Dalton rehearsing lines in his pool at night, we see two vehicles approaching the corner of the frame, making us wonder whether the massacre at Cielo Drive will unfold halfway into the film.

Here, again, Tarantino manipulates the audience's expectations and their memory of his previous works, like Pulp Fiction, in which the main character, Vincent Vega, dies in the middle of the movie. 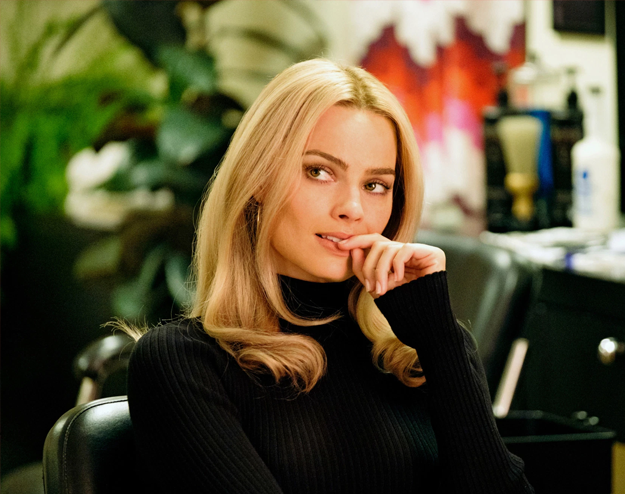 Themes of duality and polarization – new and old, beautiful and ugly, good and evil – can all be traced back to the Bounty Law footage at the start of the film, which takes on a mythical and folkloric quality, with the mention of the fictional “Janice-town”. Janiculum is a hill in Rome, where, according to Pagan beliefs, the Roman god Janus reigned as king.

The Romans referred to Janus as a father of his people. In the Bounty Law scene, bounty hunter Jake Cayhill (Rick Dalton) has killed one Jodi Janice and sheriff of Janice-town (Michael Madsen) hints that the victim's father, Major Nathan Maxwell Janice, will seek to avenge his son's death.

According to some scholars, Janus was personified as having two heads, or two faces – young and old – and believed to have kept guard over Rome. In the context of the film, Janus' two faces may be representative of new and old Hollywood. At the same time, this duality, the two faces / heads can be applied to Dalton and Booth, who, on screen, are essentially one character, part of one whole. And Dalton even travels to Rome to star in spaghetti westerns. Dalton and Booth, the two faces of old Hollywood keep guard over Los Angeles and protect it from the forces of darkness.

Have something to add to the story? Share it in the comments below.