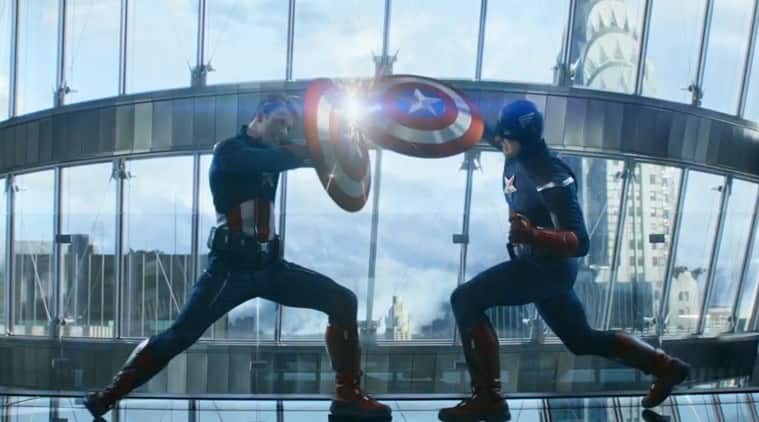 The huge Marvel Cinematic Universe crossover Avengers: Endgame, which recently became the world's largest grosser ever, was praised for many things and among those were its visual effects. No less than ten visual effects companies – including Disney-owned Industrial Light & Magic and Peter Jackson's Weta Digital – worked on the film. The result was a number of visuals that made Avengers: Endgame a kind of experience.

One of the most impressive scenes in the movie was Captain America vs Captain America hand-to-hand combat. The scene had the 'current' Cap (said to be 2023) traveling back to 2012 to retrieve the Mind Stone and Space Stone, two among the six Infinity Stones that would later allow the Avengers to reverse the snap of Thanos.

While escaping from the Stark Tower, where the stone was kept, the current Cap came face to face with his own 2012 self, who thinks Loki has escaped after the Battle of New York and has assumed his form.

Marvel has released a video that features visual effects supervisor Dan DeLeeuw, who reveals how the scene was constructed. Deeleeuw says, “One way we shoot the fight with two stunt performers and then kind of run the fight with them. And then bring Chris Evans in and shoot his side of the fight. But in this case, we shot both sides. We shot with two stunt doubles, and Chris would come in and play the important side. And from that, you can get the different coverage as they fight. ”

Deleeuw added that originally the fight was shot without the trademark Cap helmet, but then the audiences would have lost track of who the current Steve is. They are the way to go for fully computer-generated helmet.

Also, Deleeuw revealed, the scene was shot entirely in the studio. Except for the glass bridge on which the two Caps are fighting, everything else was rendered using a giant green screen and computer software. This is astounding when one notices the incredible amount of detail in digitally generated surroundings.