Into the Spider-Verse "producers bring Donald Glover's secret to Cameo 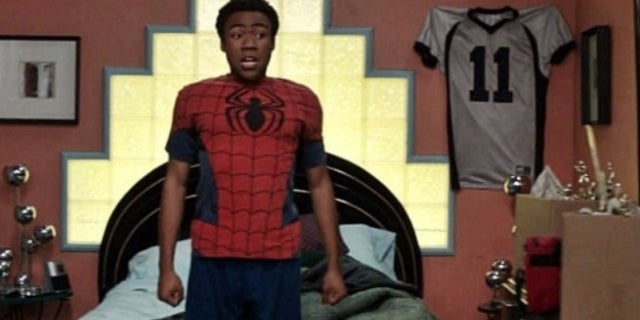 Although the Internet will never be able to dream of how Donald Glover (AKA: Childish Gambino) shows the live Spider-Man, creator of the upcoming Spidey movie, Spider-Man: In Spider-Verse, maybe it will have a surprise that will catch the lovers Glover.

In an interview with Fandango, Chris Miller (producer) and Phil Lord (producer / writer) were asked about the possible appearance of the actor / writer / director / comedian / rapper / producer (his summary puts everyone in a shame) into the upcoming animated film.

"… is there a quick shot of Donald Glover in one scene when Miles is [Morales] visiting an uncle's apartment? "asked Fandango.

"It looks like him," the Lord warns. Miller adds that he is not sure if they are "legally allowed to say," but Lord is a bit mentioned by mentioning Community and the "backing support" he collected for "Spider-Man colors".

In fact, there may not be Miles Morales (central character Spider-Man: In Spider-Verse) without Glover. In season two episodes Community, actor of this actor, Troy Barnes, donated some Spider-Man pajamas, which eventually launched a character-playing campaign. Soon after that, Miles Morales was created by writer Brian Michael Bendis and artist Sara Pichelli, influenced by Community moment.

Morales first joined Marvel Comics in 2011, only about a year after that Community episodes "Anthropology 101". Since then, Donald Glover has not been a stranger to the wide-ranging world of Spider-Man content. In 2015, he expressed Morales in two episodes Ultimate Spider-Man. He also played Aaron Davis Spider-Man: Homecoming, steals two scenes in which he was. (Davis will pronounce Mahershall Ali and Spider-Verse.)

The Lord added, "We just thought it was a proper nod," but Miller quickly returned the statement.

"Maybe it might not be in the movie," explains Miller, "You have to watch how you find out …" If you are not happy enough to look at Glover in Spider-Verse, you will definitely hear Simba voice in the upcoming live action The king of lions. Also, the third season of his television series, Atlanta, will return to FX in 2019.

Capture Miles Morales and other Spideys in theaters on December 14, 2018.