Drama! The end of the renovation of Hubska only in April, and Pulaski in March 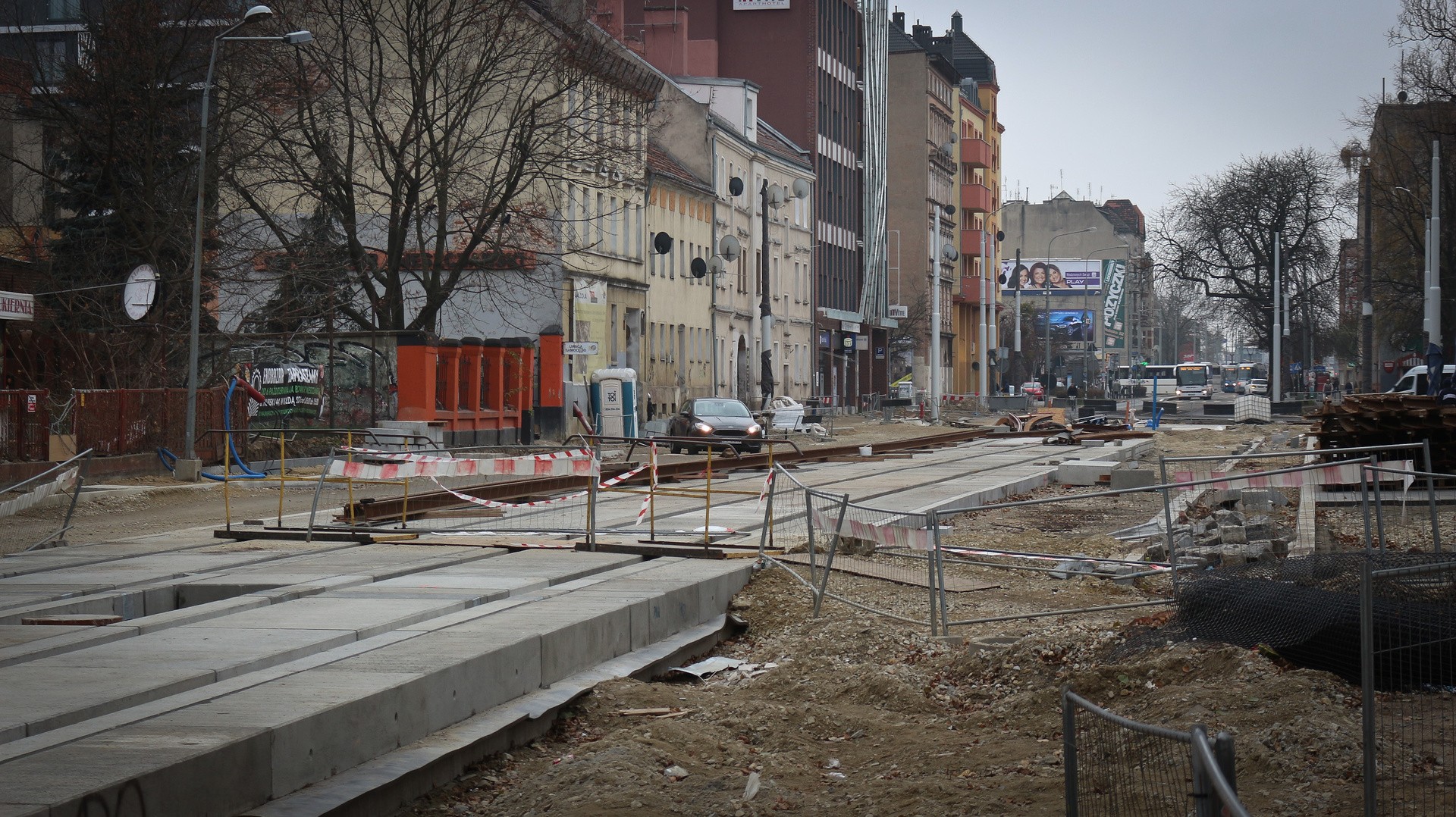 – If you only look at technical issues, there would be a chance that the renovation would be completed in time, i.e. By the end of the year. However, with this participation of the contractor there is no chance – said spokesman Wroclaw Investments Marek Szemplinski, who oversees the reconstruction of ul. Hubska and Pulaski.

Workers at the site were hard to see for a long time. On Monday, on the construction of the track on the section of ul.

Two faces and one excavator worked for Gliniana for Dawid. At the crossroads: Hub, Pułaskiego and Dyrekcyjna street, a little more people were seen, although working people could still count on both hands. There is no crossing at the crossroads. There is also a large hole nearby and under the railway viaduct to Pulaski.

According to Balzola representatives, delays are also the result of reasons beyond the control of contractors. The investor, the city, should also have been added to the goods. This includes no collisions with underground networks.

– At the intersection of the streets of Pułaskiego and Hubska, several employees have been hit by our employees. For example, 15 kV cables and pipelines beneath them. The elimination of these crashes and the construction of the site was the responsibility of the investor, the city. We got a promise from Wroclaw Investments that it will be removed in November. Only then will we be able to continue the work underground, which should last at least a month and then during the construction of the surface and the track – says Andrzej Rogiński, general manager of Balzol Poland.

He adds that the company's representatives informed them much earlier about these difficulties.

Though on Tuesday, officials insisted they would not give up from the end of the year, as a deadline for the surrender of ul. Hubska and Pułaski, Balzola continues to negotiate with the city to extend the deadline for investing.

– The city wants to forget about all the crashes on their side and sign a deadline. Looking at everything in the real sense, the whole investment, or track in Hub, should be returned in April, and intersection ul. Pułaskiego, Hubska and Dyrekcyjna at the end of February and March – says Andrzej Rogiński. These deadlines, which are delayed for almost half a year, will be possible if weather conditions are allowed.

Previous Do you have this Ikea dining table? The company is asking you to return it – Actuality
Next Duterte defends his choice of Bersamine as president of the court