An award-winning project that improves the diagnosis of Alzheimer's Society 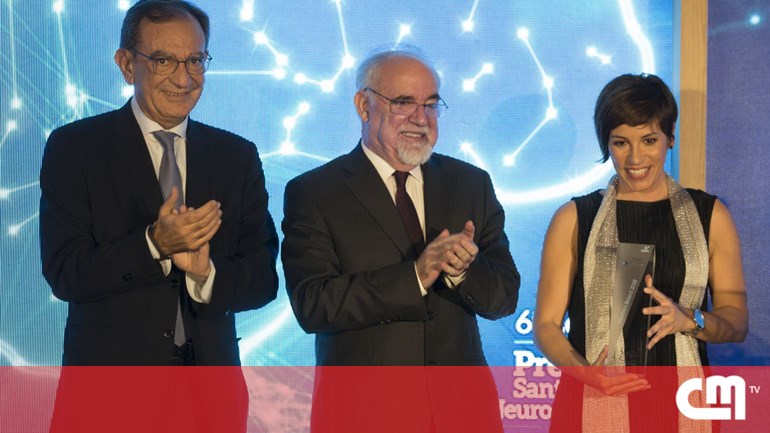 The Santa Casa Neurosciences awards in 2018 were presented at the Talia Theater in Lisbon, a project on the rehabilitation of spindles and muscles, and the second on Alzheimer's disease, aimed at improving the diagnosis of the disease. Each of the projects started 200 thousand euros.

In this sixth edition, the Melo e Castro Award was awarded to Nuno Sousi and his research team at Minho University for the project "Thertact-Exo: an Exoskeleton Controlled by Cerebral Activity for Vertebrohromedulal Rehabilitation". The goal is to fix the centuries of vertebrochromedular lesions faster using exoskeleton controlled by brain activity, virtual reality and tactile feedback.

"This is an interdisciplinary project that includes areas such as medicine, biochemistry, engineering, and even music," said Miguel Gago, a member of the team that won the prize, considering Nuno Sousa's absence.

The Mantero Belard Award was awarded to Luís Lopes and his team of researchers at the Institute of Molecular Medicine, João Lobo Antunes, University of Lisbon. The project uses "new age-based models to clarify the pathogenesis mechanisms of Alzheimer's disease".

"The goal is to improve the neurodiagnosis of Alzheimer's disease," said Luísa Lopes, claiming Santa Casa awards have changed the neuroscience field in Portugal.

Vieira da Silva, the Minister of Labor, Solidarity and Social Security, responsible for the World House of Mercy from Lisbon, said that these awards should be "preserved and expanded", challenging the institution to award awards to other areas.

Previous Fallout 76 with another problem. The Collectorovo edition contains a cheaper version of the bag – Portal PPE.PL
Next Experts predict what the next Earth SuperContinent will look like