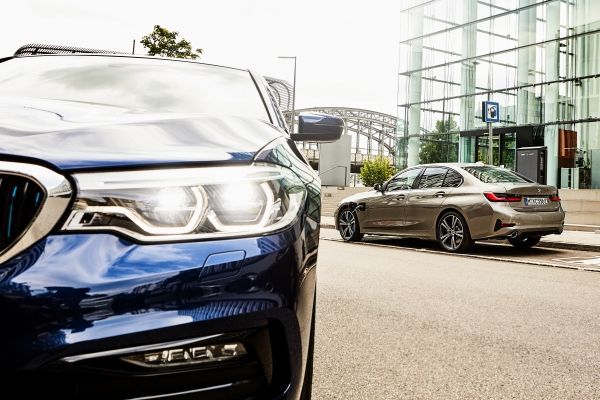 The combination of superior dynamics and exemplary efficiency defines the character of the new BMW Sedan Series 3. The latest generation of BMW eDrive technology is combined with a four-cylinder petrol engine. With the debut of the BMW model, the XtraBoost – an available standard – increases the power of the plug-in hybrid system to a maximum of 215 kW / 292 hp. The electrical range is more than 50% greater than the previous one; 66 kilometers can be covered by zero local emissions.

The plug-in hybrid system combines the qualities of a 2.0-liter, four-cylinder gasoline engine with BMW TwinPower Turbo technology and 135 kW / 184 hp with the talents of an electric motor, producing 83 kW / 113 hp. Together, the two drive sources produce a maximum torque of 420 Nm.

The new BMW 330e Sedan runs from 0 to 100 km / h in 5.9 seconds at a top speed of 230 km / h. The driving experience is accompanied by a note of a model-specific propulsion system and an overflow of emotions, which is also found inside.

In HYBRID driving mode, the new BMW 330e Sedan can reach speeds up to 110 km / h with electric power only – an increase of 30 km / h from its predecessor.

The electric motor of the new BMW 330e Sedan is integrated into the Steptronic eight-speed transmission, saving space. The clever design allows the hybrid transmission to be only 15 millimeters longer than the conventional powertrains of the new BMW 3 Series Sedan. Getting energy by generating energy during braking, where the electric motor plays the role of a generator, is very efficient. The electricity that is transmitted to the high-voltage battery either in this mode or through mains power is fed by a 12V internal circuit. Therefore, the excess offered by a generator that uses a heat engine is used as required and contributes to improving the overall efficiency of the system.

The high-voltage battery of the new BMW 330e Sedan is installed under the rear seats, while the gas tank is above the rear axle. This means that the load capacities of the plug-in hybrid model are very small, and the load capacity of 375 liters can be expanded as needed due to the split / folding rear of the bench at a ratio of 40:20:40.

The propulsion technology introduced on the new hybrid sedan's hybrid model will also be available on the new BMW 330e Touring, which will begin in the summer of 2020. This will be the first time customers ordering a BMW Touring model can choose a plug-in powertrain. in the hybrid. The new offering enables BMW to continue its offensive of electrified powertrain models.