Conflict for Koper: is 16 years old for the new mayor? #video 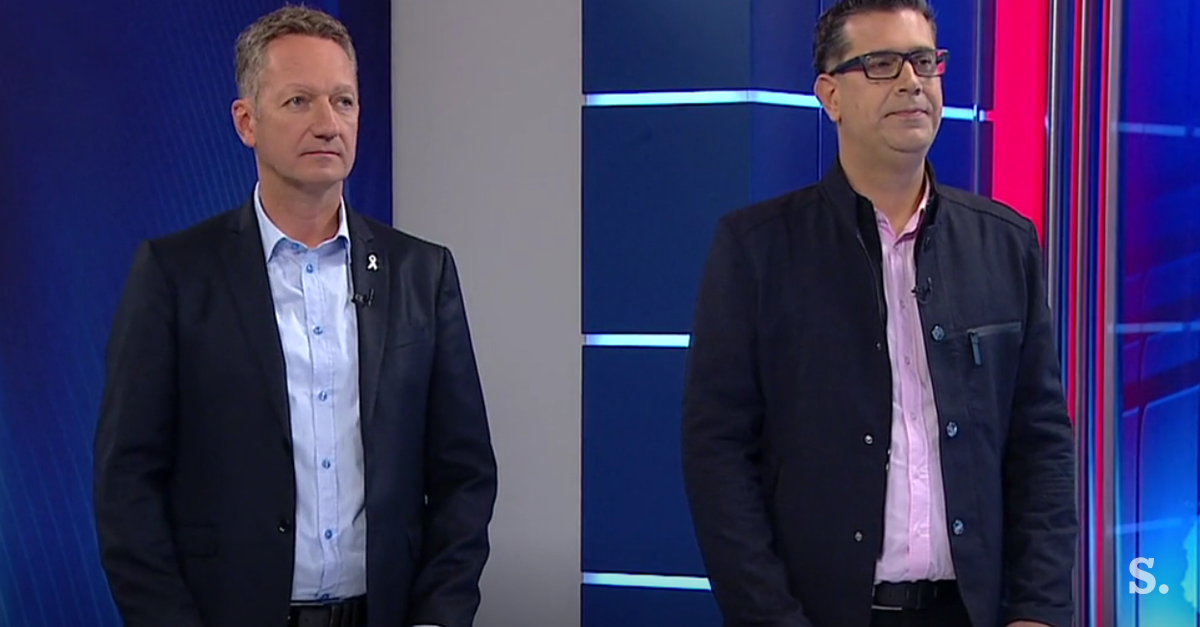 I am fine, for 16 years I am the mayor of Koper, says Boris Popovič. His opponent, Aleš Bržan, is critical of his leadership and says that relations in the municipality should be better. Will Bo Koper get a new or old mayor?

On Sunday, we are waiting for another round of elections for mayors. After 16 years, Koper is again at the intersection: Boris Popovich after the mandate of four terms, the mayor's chair seriously swore for the first time. His challenger Aleš Bržan Koper promises to stop the fear and abuse of power. The majority of unallocated candidates for the mayor provided support to Brennan in the second round. Head Mirko Mayer he faced the current mayor and his challenger on Planet TV.

In the first round, Popovic convinced 44 percent of those who came to the polls, while Bržan was 30 years old. Mayor of Koper was the first challenger to the current mayor four years ago four years ago.

Popovic defends himself: I am well, for 16 years I am the Mayor

In the last days, he blamed Popovic for his impatience, egocentricity, lack of understanding of the state of society and the needs of people, acting outside the municipal structures of the municipality. "I do not have this and I do not see myself in this description. I'm fine, I am the mayor for 16 years," Popovic replied, who said his voters and voters believed him. "The fact is that I have support, I've never said anything about it," he added.

The company Bržan also served with the Municipality of Koper

They also dealt with the affairs of Brzina private company with the state in the conflict. This was mainly earned by two coastal municipalities, Kopar and Piran. The expert director therefore asked Bržana, what is different from Popovic, and many complain that he made a private company from Koper. Barmen replied that the Municipal Council of Koper had left. "The services we provide are related to activities carried out by municipalities, institutes, other municipalities throughout Slovenia and abroad," he said. 
Why did Popovich spend so much before the election?

In the meantime, the current Mayor Popovic used a lot of funds, both his own and municipal, for the elections: 600 thousand euros for festive lighting, 600 thousand euros for billboards and hundreds of thousands of euros for four promotional newsletters, which they also shared in neighboring coastal municipalities. "I was never nervous about the election," the mayor replied. In a ceremonial lighting, Popovich responds that this is a contribution to tourism, on which he builds and invests in a huge amount of time. According to him, this will be rewarded and returned. He ordered the billboards to replace the jumbo posters with screens, and the cassette will be returned within a year.


The second round of elections for the Mayor is getting tougher


A million for lawyers

The leader also mentioned the amount of 5.6 million euros at the meeting, while he spent only four years in the lawyer's office. He said that in the event of a victory, he would lose those costs. "It seems to me that these are completely unreasonable costs for the municipality to spend so much money on lawyers' services." Popovic replies that Bržan does not know the situation and does not know what it is about. "They need lawyer all the time and he will need them if he becomes mayor," Popovic replied. He explained that the municipality will have much more expenses if there are no lawyers and what is included in this amount.

A great story about this campaign is the alleged threat to Popovich once in the commune because he plans to have different plans with his son's football career. The current mayor says the story is completely fictitious. He says that the story of harassment was invented by his former close associate, Gašpar Gaspar Mišič.

What would the candidate do in the new mandate?

Currently, the mayor plans to build several construction works for the next four years: underground garages, reconstruction of the Tomos block, beach arrangement, peace tower, Bertoš aneksa. Asked if construction works most needed Koper, Hržan replies that this is important, and progress is also important in society and in people. "His projects are more constructive, we are working wider to improve our relations and the community," he said.


Kangler and Arsenovich are preparing for the second round #video


Popovic, however, is critical of Bržan's plan (lower prices for utility services, lower contributions to real estate, cheaper parking for locals). "It's time to arrange where we will drive garbage and how much it will cost, talk about ourselves, but it does not even know what is waiting for it, at least I know what is waiting for me," Popovic replied.

Does Popovic neglect the village?

One of the main pre-election slogans of the candidate Aleš Bržana is the harmonious development of the town and the village. The candidate for the mayor says that the village of Krško has been neglected for 16 years. "The city has not yet been developed, the city still has nothing, which Mr. Bržan says senselessly," said Popović. "We will have to invest, it will never end," he added.

"We are pleased with Diocese, this has happened enormously," said Rina Hrvatin, president of the planet village. "We have sewage, optics and new paved roads," he said. "It's not a village where you would not do anything," he added.

In each hamlet there are bus stations, garbage cans, public lighting, and everything else looks something new, explained the locals. Local people do not understand inconsistencies between city and village development. Boris Popovich will not have problems in the event of a failure in the Sunday election in search of his job. Due to the artificial sewing of the scissors, where he cut the tapes on the openings, every individual would like it. It is difficult to list all the objects that have been opened in the last two months. A thin border between the slopes and the misery is still accentuated by the new sports park, which hit it even before its opening.

Analysts believe that Popovic's position in Koper is threatened. The current mayor replies that on Sunday "there will be an exceptional number of voters who want to continue the development". "People are those who have the power," he added, and concluded that in case of Bržan's victory, the candidate would win without a program.


In Bled, the last ranking municipal advisor was made On Friday, at 2 pm, Mayor of Maribor Saša Arsenovič and Franc Kangler will meet on Planet TV.