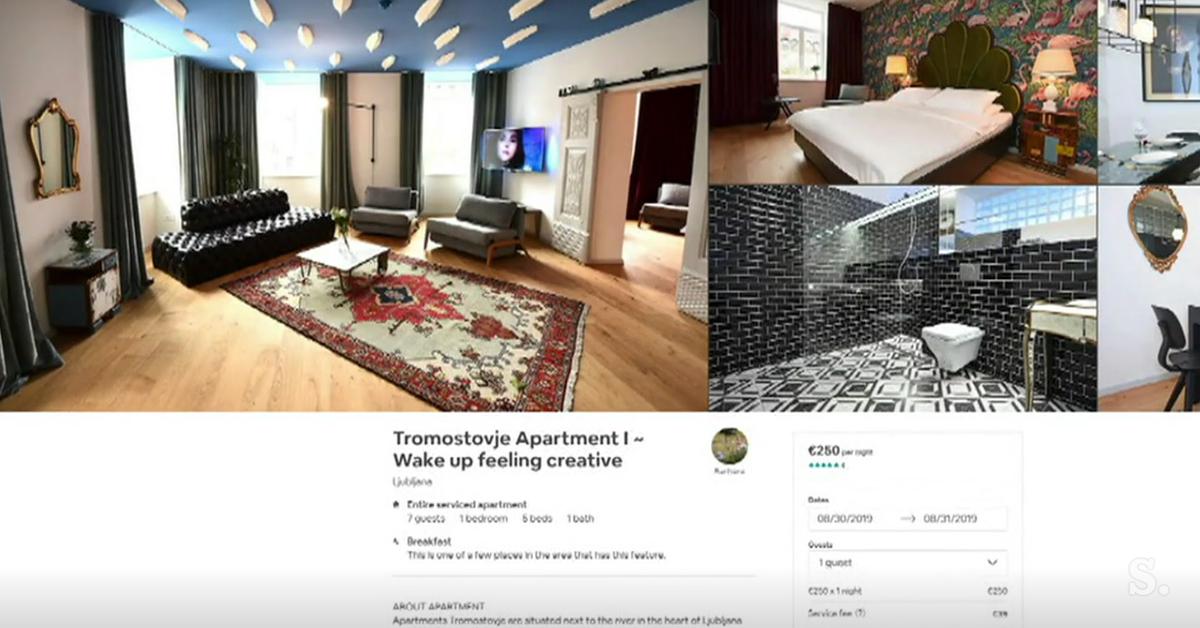 The church has also embarked on a lucrative business of renting real estate to tourists. Their apartments are among the most luxurious and expensive in Ljubljana.

More and more tourists use the services provided by the Airbnb and Booking platforms when renting apartments. Ljubljana offers about two thousand apartments to tourists, Dnevnik reported. This type of home-renting for homeowners means a profitable and fairly straightforward business, so it's no surprise that more and more people are flocking to these waters.

The opportunity for an even fuller mall was also perceived by the Orthodox and Catholic churches. How much profit they make in Ljubljana apartments is unknown, but they are known to be among the most luxurious and expensive in the city, reported Today on the Planet.

Church apartments are also on Cankar's embankment near Ljubljanica. The apartment is designed for seven people and costs € 250 per night. As of 2018, the majority of the four rental apartments are Family, managed by the TRUD Travel Agency.

The family, which owns a total of 127 facilities, is owned by the Archdiocese of Ljubljana, the Dioceses of Novo Mesto, Koper, Celje and Murska Sobota.

The Orthodox repay the loan with a loan

Among the providers of tourist apartments, in addition to the Catholic Church, it is Orthodox. According to unofficial information, we have learned that the Orthodox Church rents apartments in order to repay the loan they have borrowed to build this cultural and pastoral center.

They named their apartment Stylish Tivoli Apartment. If you would like to spend the night there on August 26th, you would be charged 161 euros for a four-person apartment on the ground floor.