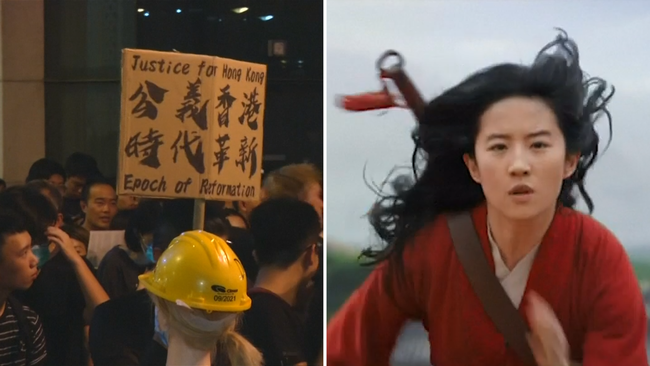 The star of the film, starring Liu Yifei, expressed support for police accused of assault during widespread protests in Hong Kong, several international media reported. The demonstrations began with protests against a bill that critics see as a threat to the area's self-government and civil rights.

Chinese-American actor Liu Yifei has spread his views on Weibo, the Chinese equivalent of Twitter, where he has 65 million followers. Shortly after she posted "I support Hong Kong police. You can attack me now. What a shame for Hong Kong, "the movie's boycott, which appeared on social media banned in China, claims, NME reports.

Twitter has the hashtag #BoycottMulan, banned in China during Friday. Liu Yifei received harsh criticism; many pointed out, among other things, that she is an American citizen and therefore lives "protected" unlike many Chinese and Hong Kong residents.

Instead, she received overwhelming support and praise in the Weib for supporting the police, CNN reported.

Even on Saturday, thousands in Hong Kong walked the streets in a new wave of protests by critical authorities. The demonstrations were mostly peaceful, although the mood between the protesters and the police had become somewhat more abrupt on the eve of tonight's local time, reports TT.