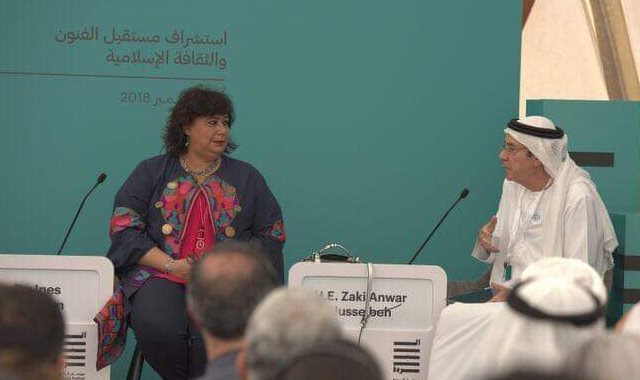 The event was organized by Dr. Inas Abdul Daimem, Minister of Culture of the Ministry of Culture and Education of the UAE, Sheikha Mae Bint Mohammed Al Khalifa, Chairman of the Bahrain Cultural and Ancient Government, with the participation of a number of state officials, civil servants and Arab intellectuals.

The opening ceremony was attended by the Ministers of Culture of Egypt and Bahrain and congratulated the Minister of Culture of the United Arab Emirates, Nura al-Kaabi, and began a symposium and said that Egypt had been invited to take part in the events and had looked at a new page in the history of the fraternal relations between the two countries.

In addition, the festival has highlighted the importance of regional and international cultural and artistic movements, especially after the UAE became one of the world's most important art and culture spheres, and its efforts are highly valued and know the importance of cultural heritage. In addition to launching a website that specializes in the art of Islamic heritage, communication with the various countries of the world and the spread of Arabian ideas and creativity.