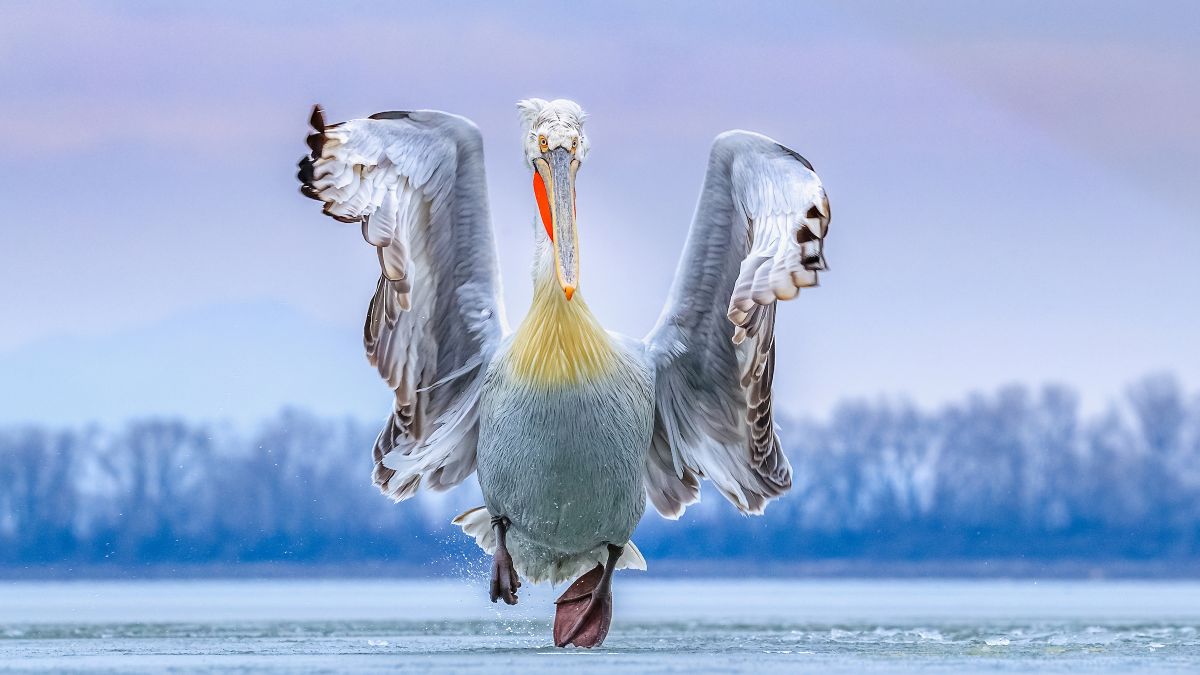 The winners of the latest bird photographers competition of the year have been announced, and let's just say that if you were hoping for some spectacular jaw-dropping bird shots then you wouldn't be disappointed.

A well-deserved winning image (above) of a Dalmatian pelican taken on the frozen lake of Kerkini, Greece, entitled "Dancing on Ice". It was photographed by UK Queen Caron Steele, who won the grand prize of £ 5,000 and the title '2019 Bird Photographer of the Year'.

"I can't tell you how pleased I am to be named the winner of this phenomenal competition," Caron says. "I only took photography seriously in 2014 when I got my first DSLR and have been on a sharp learning curve ever since. I graduated in zoology from Oxford University but then went on to do other things. Now I love being able to go back to nature and see things through my camera perspective.

BPOTY director and contest organizer Rob Read commented on the photo: "Dancing on Ice" is a picture that made me jump from a chair joyfully the moment I saw it on my computer screen. Too often, judges see images where photographers have fantastic photographic capabilities that fail to make the most of it. Kerkini Lake rarely freezes, and Caron certainly took this almost unique opportunity. "

However, Steel's image is not the only shot that has impressed the judges. Thomas Hinsche of Germany won the 2019 Best Portfolio Award for his six images (see gallery above), receiving the Olympus OM-D E-M1 MKII and M.Zuiko 300mm f / 4 IS PRO lens (with a combined value of £ 3,500 ).

If you are a fan of bird photographers looking to enter the competition next year, entries will open on 18 August and close on 30 November 2019. With prizes worth more than £ 20,000, you will have the opportunity to win binoculars from Swarovski Optik, the Olympus camera system , a gimbal tripod with Gitzo and a top prize of £ 5,000.

Rob Read says: "We now have a new website that will become a useful resource for photographers, birders, naturalists and wildlife enthusiasts focused on the competition itself.

"The basic principles of promoting bird photography and photographers themselves, helping to preserve through raising money and awareness, remain the foundation of BPOTY. The new website will help us achieve these goals, using some of the world's best bird imagery to inspire people to care."

This year's competition raised money for the Hookpod, an innovative solution that has the potential to eliminate the unnecessary deaths of albatross and other seabirds killed by longline fishing. The 2020 competition will be the creation of a BPOTY Conservation Fund that will allow BPOTY to assist other protection projects such as the Hookpod.