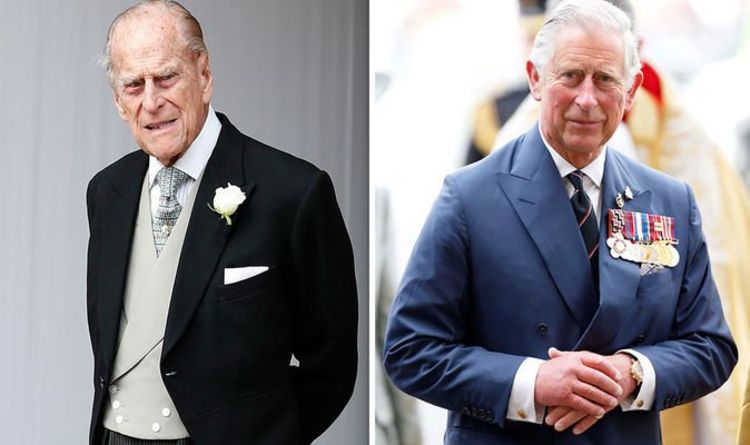 Prince Philip and his son Prince Charles resemble chalk and cheese. The avid Duke excelled in sports and the outdoors, while Prince Charles was a shy and sensitive boy who preferred the company of his nanny. Although the life structure of the royal family meant that it was not uncommon for the children and Prince Philip to live quite apart, the Duke made a "bad mistake" which meant that his and Karl's relationship remained far to this day, according to one royal commentator.

Prince Philip was not an academic student, but he attended the private schools of Cheam and Gordonstaun.

Young Philip was one of the first students of Gordonstoun, a Scottish boarding school founded by German education pioneer Kurt Hahn.

Mr Hahn believed that strength of character was more important than an academic show, and students at Gordonstoun were sent to early-morning races accompanied by cold cold showers.

Prince Philip's role as Queen's husband meant that he lost the authority he had as a naval officer.

Although the Duke had little input in state affairs, he received full reign when it came to choosing how he and the Queen's children would be educated.

The Duke was determined that Charles would follow in his footsteps and attend both Cheam and Gordonstone.

However, his determination to move Charles to these enduring boarding schools rather than Eton College has long been considered a mistake of judgment.

Richard Fitzwilliams told Express.co.uk: "One of the main reasons for the distant relationship between the Duke of Edinburgh and Charles was the decision the duke made, first to send him to Cheam and then to Gordonstoun.

"In an authorized biography of Jonathan Dimbleby about Charles, the Duke wrote:" Children can indulge at home, but the school is expected to be a Spartan and disciplined experience in the process of developing into self-taught, considerate and independent adults. That was a bad mistake. "

According to Mr. To Fitzwilliams, Philip's limited role as Duke of Edinburgh means he was given authority over his children's schooling to keep him employed.

Mr Fitzwilliams said: “The Queen passed on to the Duke regarding the education of their children as in Prince Philip's early years, because the Consort was not easy, especially for someone with his dynamic personality.

"It was decided that the Queen and her children should take the last name of Windsor, and he was denied access to government documents and felt frustrated."

Prince Philip's wish that Charles was the most ardent young man he was, led him to choose the wrong schools for his son.

Mr Fitzwilliams said: “He failed to recognize that Charles, a sensitive child, would not succeed in the schools he was in.

Later in life, Prince Charles described his time in Gordston as "hell on earth."

Mr Fitzwilliams continued: “Although Prince later claimed that there was a useful aspect in his schooling at Gordonstoun, at the time he was viewed as a prison because he was mercilessly mistreated.

"Eton, where the queen mother wanted him to go would be a far better choice.