Notification of the 17th, 6th Session of the XIV National Assembly 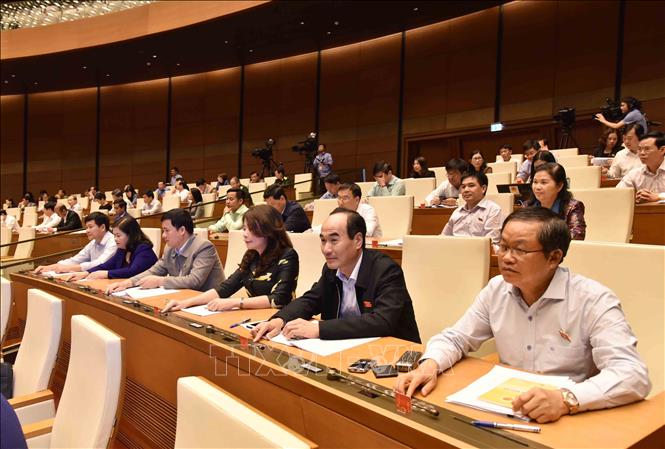 Then discussed at the Congress (revised) Tax Management Act; A draft law amending and supplementing some articles of the Law "On Public Investment".

Taxation Act (Amendment): Many Members of the National Assembly confirm the need to amend the Law to improve the tax administration regime, carry out administrative reform and establish a healthy business-investment environment. It promotes attraction of domestic and foreign investments and creates the basis for the creation of a modern tax administration system in terms of international integration.

In addition, the members of the National Assembly also made a number of concrete ideas based on the following content: interpretation of words; Principles of tax administration; Prohibited acts in tax administration; Tax consultations of communists, chambers and settlements; debt repayment, debt repayment, late payments and penalties; Additional provisions on the rights and obligations of tax officers; international cooperation in taxation; duties of bodies of tax administration; Obligations, powers and responsibilities of the state audit; Basis for tax assessment; Determine the applicable tax rates applicable to business households and individuals who pay taxes by presumptive method.

Law on Amendments and Additions to Certain Articles of the Public Investment Law: During the discussion, most public concepts should be amended and supplemented by the Law on Public Investment in order to create a single legal framework. increasing the effectiveness and efficiency of investment management and the use of public investment capital; Overcoming investment incidence and scattering, promoting investment efficiency in accordance with the goals and objectives of the country's socio-economic development strategies and plans; loss of wastes.

Then the Congress introduced a draft law on the execution of criminal sanctions (revised) and the Law on Alcohol and Beer Law.

With regard to the draft law on criminal proceedings (revised): during the discussion, most National Assembly deputies approved the extension of the scope of the bill revision and renaming. Criminal (amendment) "; In addition, the draft law is proposed for consideration and approval in three sessions: commenting at the 7th Session at the 6th Session and at the 8th Session.

Delegates also commented on the content of the production, labor centers and vocational training outside the prison; exemption until the end of the case; clarifying the rights and obligations of the offender; Rights and obligations of a person sentenced to death on execution of court decision; Fines for commercial organizations; coordination between the criminal justice authorities and relevant state bodies; method of execution of court decision

The Law on Combating Alcohol and Breastfeeding: A number of delegates agreed on the need to widely introduce legislation aimed at protecting the health of the population, strengthening care and rehabilitation. Initiation to take measures to prevent and stop the actual use of alcohol and beer, which increases.

In addition, delegates have also focused on some content and introduced many ideas: Name of the Law; regulation and planning; Reasonability of the bill; Alcohol and beer abuse prevention policy; manual liquor management; Mechanisms of control and sanctions that contravene regulatory and legal acts of alcohol and / or beer production and consumption organizations and natural persons; prohibited actions; drinking age, beer; Control alcohol advertising.

Holds a plenary session in the National Assembly Hall on Tuesday, November 13, 1818, discusses the official reports of the Supreme Court Judge, Chairman of the Supreme People's Prosecutor's Office; The Government shall submit a report on crime prevention and control; execution of judgment; Prevention of corruption in 2018.